Robredo to meet with sectoral leaders during Bacolod, Negros visit 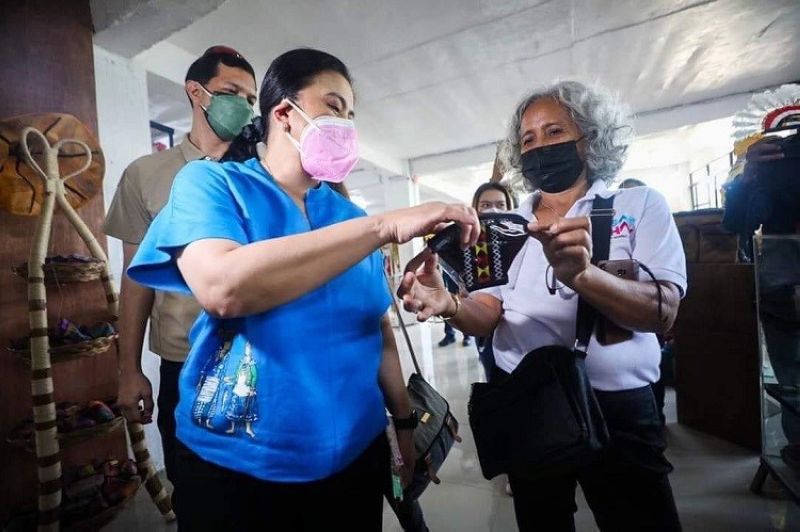 BACOLOD. Vice President Lenni Robredo will be in Bacolod City on November 5 and will meet sectorial leaders. (Contributed photo)

IT IS going to be a full schedule for Vice President Leni Robredo when she visits Bacolod City and Negros Occidental on November 5, 2021.

Negros4Leni convenor and former governor Rafael Coscolluela, who is on top of Robredo's weekend visit, disclosed that the vice president will hold consultations and meet and greet sessions with only about 300 sectoral representatives to ensure observance of minimum health protocols at a venue to be announced later.

Coscolluela, a convenor of Isambayan together with retired Supreme Court Senior Associate Justice Jose Carpio, formed the N4L in February 2021.

It was also proposed that Robredo meet with religious leaders and visit the Carmelite Monastery in Barangay Mandalagan as she used to every time she is in Bacolod City, Coscolluela said.

Also in the confirmed itinerary of Robredo, the standard-bearer of the broad political coalition, Isambayan, is her appearance at the blessing and inauguration of the Leni-Kiko Negros campaign headquarters along Hernaez Street across the Negros CyberCentre, he said.

The vice president, who is running with Francis "Kiko" Pangilinan as her vice president, will also hold a press conference before meeting with the different sectors that include women, professionals, labor, farmers, fisherfolk, senior citizens, LGBTQIA, youth, the academic community, agrarian reform beneficiaries, urban poor and market vendors, among others, as well as members of the newly-formed Laban Leni Negros Occidental, which is proposing to mount a "Lugaw Party" with Robredo gracing the event at a venue to be announced later, Coscolluela added.

Before returning to Manila, the former governor continued that Robredo will also visit one of her projects in central Negros and will do a whistle-stop in one of the public markets in Bacolod City on her way to the Bacolod-Silay International Airport.

Her visit coincides with the Al Cinco de Noviembre commemoration, marking the Negrosanons' uprising and triumphs against the Spaniards. (PR)