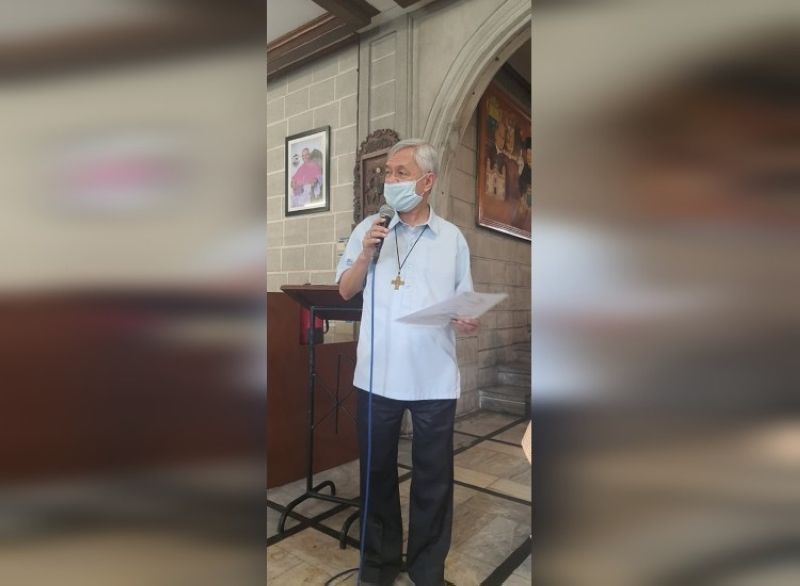 BACOLOD Bishop Patricio Buzon on Friday, October 22, 2021, said "we have a choice in these coming presidential elections between the good and the evil."

Buzon said he is always pessimistic every election before because of a lack of choices among the candidates.

Buzon also said, "we are now facing not only an important event but a life-changing one as we will be electing officials to various positions in local and national posts."

"Our decision will greatly affect all of us and how the pandemic will be managed so we will be led out from it," the bishop said.

Records from the Commission on Elections showed that 52 percent of the voters are youth.

Buzon said the youth indeed plays an important role to make or break the upcoming elections, so they need to be guided accordingly.

He said the youth and the rest of the voters must be reminded that those who will be elected into office will have an important role to perform, especially in leading people out from the pandemic.

Buzon emphasized that people need to choose leaders who are competent, sincere and who think for the common good and not just for their self-vested interests.

Unfortunately, the battlefield now is over social media where lies are propagated, which according to Buzon is a “work of the devil.”

When asked if they have a candidate to support, Buzon said there is none because their role is to educate the people on who to elect into office.

“The church is a mother and all candidates are its children. We need to be truthful to being motivated by the true love of God and country among others,” he stressed.

Buzon said that he is hoping that vote-buying will be stopped and that candidates will stick to issues instead of resorting to “mud-slinging.”