P199.1M awarded to 55 heirs of M/V Princess of the Stars victims 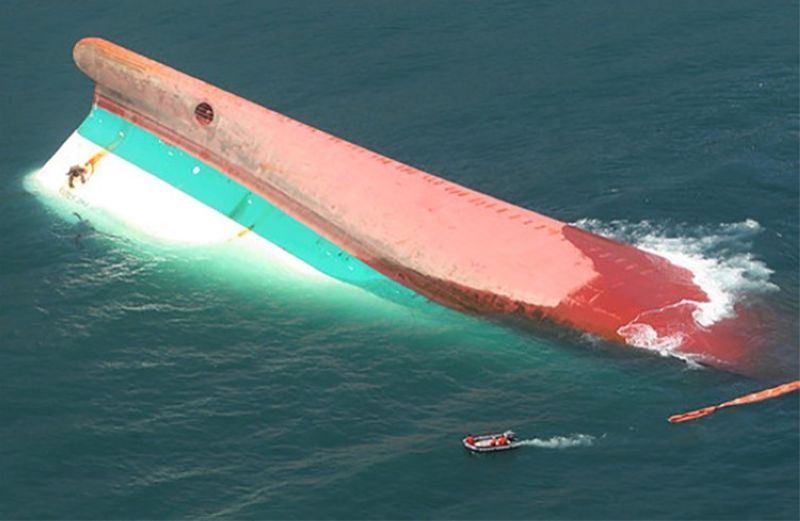 ROMBLON. In this photo, rescuers search for survivors of the sunken passenger ferry, the M/V Princess of the Stars, off Sibuyan Island, June 24, 2008. (AP)

THE Cebu Regional Trial Court (RTC) Branch 16 has ordered indemnification amounting to P199.1 million to 55 heirs of those who died in the sinking of M/V Princess of the Stars off Romblon in 2008.

The Public Attorney’s Office (PAO) confirmed this in a press briefing Tuesday, October 19, saying the families of the victims were happy with the decision, which came 13 years after the sinking, considered one of the world’s biggest maritime disasters.

M/V Princess of the Stars capsized off Sibuyan Island in Romblon on January 21, 2008 at the height of Typhoon Frank. Of the 849 persons on board, only 32 survived. The incident prompted Sulpicio Lines Inc. to change its name in 2009 to Philippine Span Asia Carrier Inc. after incurring losses because of the tragedy.

PAO Chief Public Attorney Persida Rueda-Acosta said they received a copy of the Cebu RTC Branch 16 decision last October 18, 2021 with regard to the 59 consolidated cases filed before the said court.

Of the 59 cases, 55 were granted damages, while four were dismissed for their failure to present evidence.

She said the PAO will file appropriate motion for reconsideration on the four dismissed cases.

She said the 55 families who won the case will receive a total of P199.1 in moral damages, exemplary damages, and loss of earning capacity, while attorneys’ fees equivalent to 10 percent of the total monetary award will be paid to PAO.

Acosta said the P199.9 million includes the P200,000 insurance proceeds that were not paid to two families.

Sulpicio exec cleared in Princess of the Stars sinking

The decision, penned by RTC Cebu Branch 16 Presiding Judge Dante Corminal on October 6, 2021, also stated that “interest at the rate of six percent per annum shall be imposed in all monetary awards from the date of finality of this decision until fully paid.”

Acosta said aside from the 55 cases, several were filed in other branches but have not yet been consolidated.

She added that 71 cases filed before RTC Manila Branch 51 under presiding judge Daniel Villanueva also won in 2015, but these are now subject of appeal before the Court of Appeals,

(I hope these cases will be resolved soon and that justice will prevail.)

She thanked judges Corminal and Villanueva, lawyers in Cebu, PAO forensic chief Dr. Erwin Erfe, as well as the witnesses that include the late Commodore Amado Romillo, and members of the Philippine Coast Guard (PCG) for their help.

(We thank the judiciary, in the name of Judges Daniel Villanueva and Dante Corminal. Justice prevailed here despite the fact that our clients are just poor families and we are just public attorneys, you heard the evidences presented by our experts, as well as the sentiments of the victims’ families.)

The Cebu RTC Branch 16, in its decision, noted that the negligence committed by the master of the ship (M/V Princess of the Stars) is sufficient evidence to establish the failure of the defendants (Sulpicio) to exercise the extraordinary diligence to transport the passengers and cargoes safely to their respective destinations.

“There is nothing in record that the master of the vessel or his crew or officers supervised the loading of these dangerous cargoes to refute the allegations raised by the plaintiffs. This act was a clear indication of bad faith or done in a wanton, fraudulent, oppressive or malevolent manner, a complete disregard of the contract of carriage,” it said.

It said the defendants and its agents “acted wantonly and recklessly before and during the ill-fated sinking of the M/V Princess of Stars, which is far below the standards of care and circumspection that the law strictly required on common carriers.”

The ruling also noted the loading of endosulfan, a dangerous toxic chemical, which was not disclosed during the inspection of the vessel before it sailed.

Meanwhile, PAO forensic chief Dr. Erwin Erfe, who led the exhumation and identification of 38 skeletal remains from Carreta Cemetery in Cebu and the more than 100 skeletal remains retrieved from the sunken vessel, said that until now, the National Bureau of Investigation (NBI) medico-legal division has not yet submitted to PAO the ante-mortem data that could have helped identify the other remains.

He said the Cebu RTC has ordered the turnover of the data from NBI to PAO, but the former has not complied.

“Unfortunately, despite the directive from RTC, the NBI did not comply. Until now, 13 years after, the ante-mortem data were not turned over, data that could have helped identify the skeletal remains recovered from Sibuyan Island and Carreta Cemetery,” Erfe said.

He added that they were able to identify 11 from the skeletal remains retrieved through the help of families who submitted ante-mortem data to PAO.