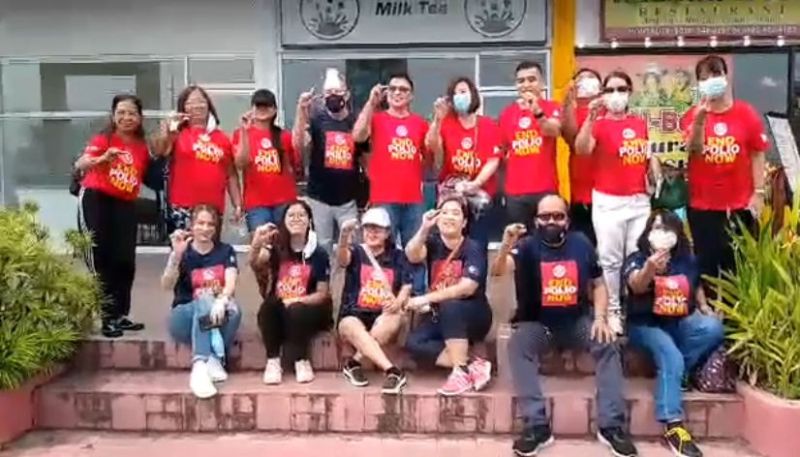 ROTARY International has joined the commemoration of World Polio Day Sunday, October 24, 2021, with the theme "One Day. One Focus: Ending Polio."

Ron Nethercutt, past president of the Rotary Club of Mabalacat, said Rotary has been working to eradicate polio for more than 35 years.

"Our goal of ridding the world of this disease is closer than ever," he said.

Rotary members have contributed more than $2.1 billion and countless volunteer hours to protect nearly three billion children in 122 countries from this paralyzing disease, according to Nethercutt.

Rotary’s advocacy efforts have played a role in decisions by governments to contribute more than $10 billion to the effort, he added.

Today, polio remains endemic only in Afghanistan and Pakistan but it’s crucial to continue working to keep other countries polio-free, Nethercutt said.

He added that if all eradication efforts stopped today, within 10 years, polio could paralyze as many as 200,000 children each year.

"Did you know that the Rotary Polio Plus program began in the Philippines, and that RC Mabalacat laid the cornerstone for that event? In 1983 the Rotary Club of Mabalacat under President Bruce McTavish conducted a comprehensive drive that immunized thousands of children in Mabalacat," Nethercutt disclosed.

With the success of that initial drive, plans were made for future immunizations in later years, he said.