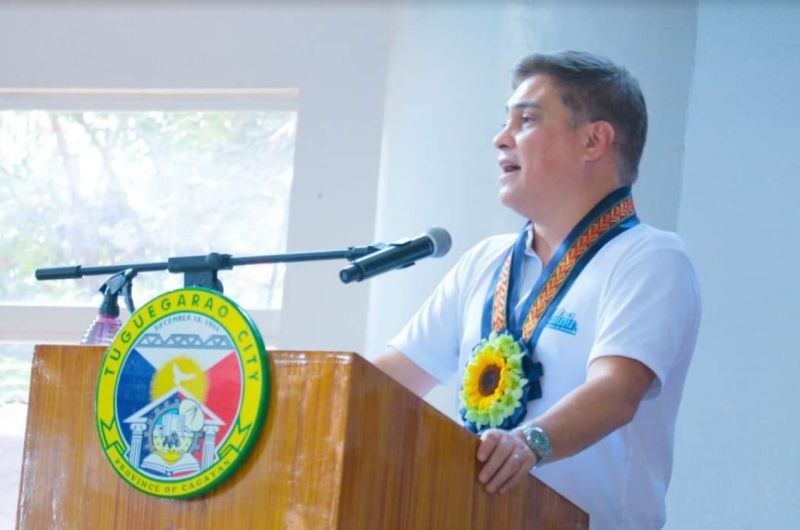 NEGROS. Majority leader and Negrense Senator Juan Miguel Zubiri is asking the Department of Agriculture for an action plan to address fertilizer price woes before its budget approval. (Contributed photo)

AT THE Senate hearing for the 2022 budget of the Department of Agriculture (DA) on Friday, October 22, 2021, majority leader Juan Miguel Zubiri laid down a colatilla to the approval of the budget of the agency.

The Negrense senator has required the agency for a concrete plan on the skyrocketing prices of fertilizers before their budget can be taken up in the plenary.

Zubiri earlier urged the DA to act on the fertilizer problem, citing how urea now sells for around P1500 to P1900, from just P800 to P900 per 50 kilograms some months ago.

Virtually joining the hearing from the province of Isabela— a stop in Zubiri’s visit to North Luzon provinces affected by Typhoon Maring— he relayed concerns from farmers regarding the unabated increase of inorganic fertilizer prices over the past few months.

“Kausap namin ang mga magsasaka, at ang problema talaga nila, napakahamal ng abono [we are talking with the farmers, their major problem is really the expensive fertilizer],” he said in a statement.

“Ano ba ang ginagawang hakbang ng DA para maibaba ang presyo ng abono? Ano pong sasabihin ko sa mga magsasaka natin para matulungan sila? [What steps have been done by the DA to change the prices of fertilizer What should I say to the farmers so we can help them]?” the senator asked.

Zubiri said Agriculture Undersecretary Ariel Cayanan explained how multiple factors have led to the upsurge in pricing, citing increased demand from other countries and rising logistical costs caused by the pandemic.

Cayanan assured that the Fertilizer and Pesticide Authority (FPA) is monitoring local prices to watch out for outliers who may be taking advantage of the global situation. Additionally, the DA is handing out discount vouchers to farmers, to help offset their fertilizer costs, he said.

For Zubiri, there’s a need for the DA to coordinate with the Department of Trade and Industry (DTI) to control the prices, because the prices are reportedly different among different stores in different provinces.

“Let us also help the organic fertilizer program,” he added, in support of Committee on Agriculture Senator Cynthia Villar’s assertion that the DA must distribute composting machines to farmers across the country, to encourage local production of organic fertilizers.

“In Bukidnon we do that, but these are private endeavors. There should be a program by the government for this,” the senator stressed.

“Before, we have locally produced fertilizers at the PhilPhos,” he said.

The Philippine Phosphate Fertilizer Corporation was a government-owned company producing fertilizers locally, before its privatization in 2000.

Zubiri also underscored that the country has materials for organic fertilizers, but there’s no program thus, there’s a need for more progressive and proactive measures, not just reactive.

“Let us revive the local fertilizer industry. Let’s make incentive packages for local production of fertilizer. Maybe we can ask the FPA what their recommendation is to boost local fertilizer production. I am an agriculturist, but we need assistance from our departments on which direction we will take,” he said.

The senator is suggesting to approve the budget of the DA at the committee level with the colatilla that “you give us an action plan on what steps to do so to help farmers avail of affordable — both inorganic and organic— fertilizer, before we can take up the agency’s budget at the plenary.”