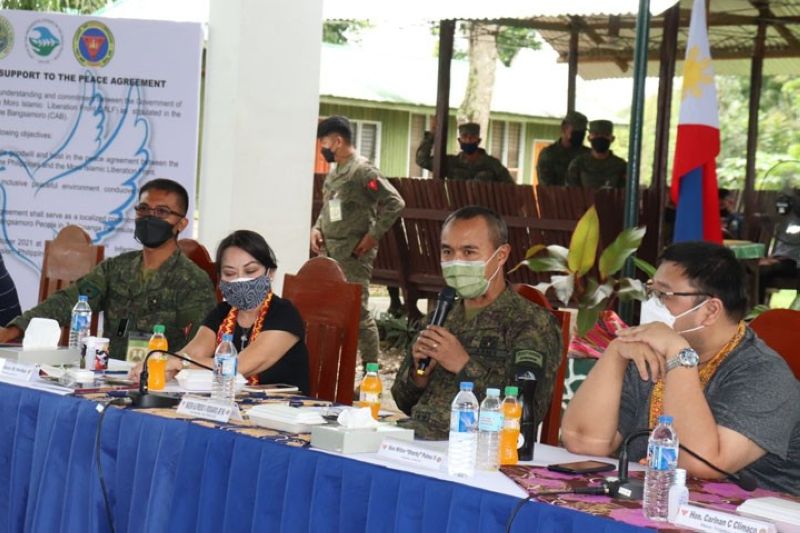 The signing of affirmation of support to the peace agreement was held in a simple ceremony Saturday, October 23, 2021, at the 102nd Infantry Brigade headquarters in Sanito village, Ipil, the capital of Zamboanga Sibugay.

They also pledged to actively promote an inclusive peaceful environment conducive to sustainable development in the region.

On October 12, a Joint Peace and Security Team (JPST) was activated and deployed in the municipality of Tungawan, Zamboanga Sibugay Province.

“On behalf of the officers, enlisted personnel, and civilian human resources of the Western Mindanao Command, I give my full support to this endeavor. This is a great stride towards the attainment of our coveted peace not only in the Bangsamoro but the entire Mindanao region,” Rosario said in his message.