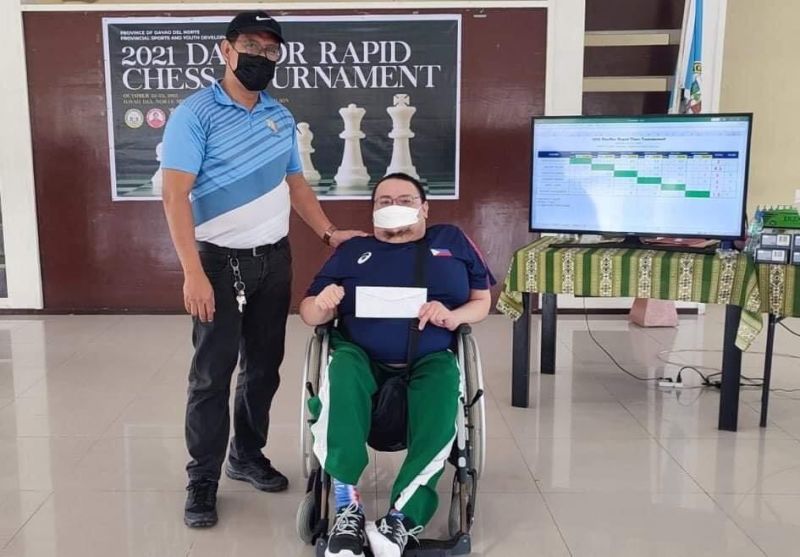 The early round saw NM Lopez locking horns with chess wunderkind NM Christian Gian Arca from Panabo City and the U13 national champion in the 2021 National Youth and Schools Chess Championship. After a quick draw in London System Jobava Variation in their first game, an exchange of tactics in Slav Chebanenko Variation in the second resulted in an open file for a queen-and-rook combo which eventually cornered Arca’s king.

Lopez, a Panabo City’s chess icon, further stretched his lead in the penultimate round by ending up with a truce in Catalan Opening and a decisive win in Botvinnik Variation against NM Aglipay 8 Oberio, a former La Salle Taft standout from the Island Garden City of Samal.

NM Oberio and Tabada both settled for second place without breaking the tie and halved the cash prize.

Said double round-robin tournament had a time control of 25 minutes each plus one-second increment and was specially designed to assemble three topnotch junior players and three select rated players in the province to provide the young ones competitive exposure games under Governor Edwin Jubahib’s Gameplan. (Giovanni I. Gulanes)