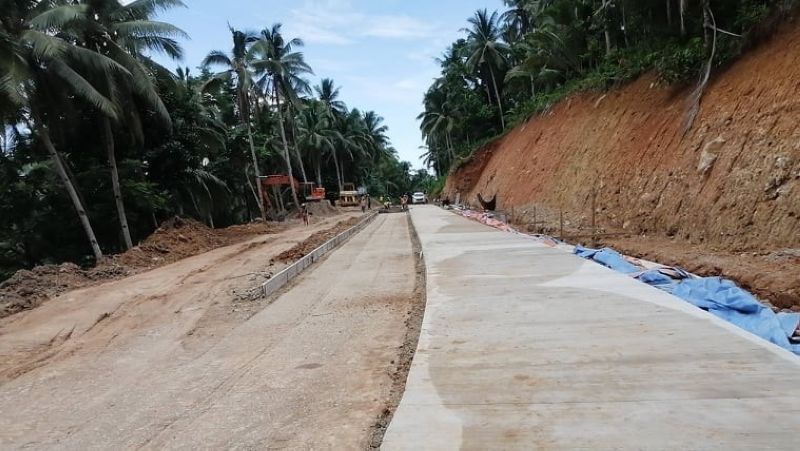 A P25.1-MILLION worth of road construction project leading to Calumpijan Island and Coastal Road Diving Spot in Capoocan, Leyte has been underway, according to a top official of the Department of Public Works and Highways (DPWH) in the province.

“This new road project will attract more tourists to visit the place as they would have easier access to get to the island,” said Engineer Leo Edward Oppura, the officer-in-charge of DPWH Leyte 2nd District Engineering Office.

The project involves two lanes of Portland Cement Concrete Pavement with a concrete drainage canal and 240-linear meters of stone masonry works, which will benefit the residents of the coastal barangays in Cabul-an, Talisay, Tolibao, Guindiaongan, Libertad, Potot, Gayad and Talairan.

Oppura said the project “will also enhance economic growth of the community, faster transportation of goods, and speed up the movement of the people therein.”

“Aside from boosting the tourism industry in the area, residents desire to have a better access road has been realized. They will no longer bear multiple hazards while traversing these road sections especially during emergency cases for pregnant women, senior citizens, and children,” the DPHW said in a statement.

Once finished, the road project will connect to the town of Leyte, Leyte, which will be an alternative route in going to Biliran province.

The Trip program aimed to promote access to and from airports and seaports, Tourism Enterprise Zones, and other tourism destinations, in accordance with the priorities of the national government. (SunStar Philippines)>