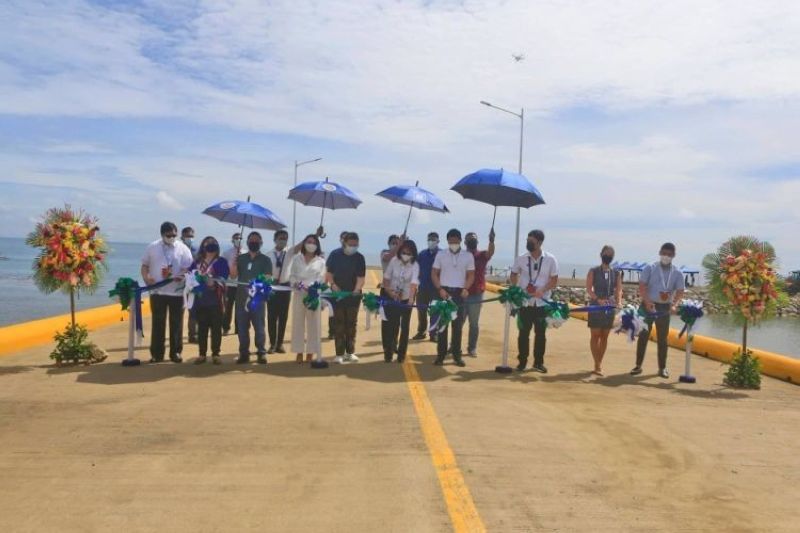 A NEW port in Liloan, northern Cebu was inaugurated on Sunday, Oct. 24, 2021, and it is slated to be fully operational in the middle of 2023.

Topline’s Seabus was also christened Sunday, and Pier 88 will be the Seabus’ port of call.

In her speech, Garcia said the Pier 88 project and Seabus would help thousands of passengers from Liloan and northern Cebu towns avoid traffic in mainland Cebu.

The Seabus can accommodate 150 passengers, and it will be serving the new marine route of Liloan to Mactan and vice versa. The two-hour travel to Mactan would be reduced to 45 minutes.

Topline Group of Companies invested P1 billion for the development of the three-hectare land area, which is expected to improve the mobility of the residents from Liloan and neighboring northern Cebu towns.

Pier 88, in partnership with the Municipality of Liloan, Viking Land, FL International and Topline Group of Companies, features a mixed-use development offering commercial spaces for lease.

Meanwhile, Rep. Frasco said the Pier 88 project is just the beginning of more projects that the government aims to implement in Liloan.

Soon, he said there will be an expressway linking the east to the west side of Cebu, from Liloan to Balamban, said Frasco.

Also, Frasco said since the Municipality of Liloan has reached the 150,000 population requirement of the Philippine Statistics Authority for them to become a city, the Municipal Government will pursue its cityhood. The 2020 census states that Liloan has a population of 153,197 people. (KFD)