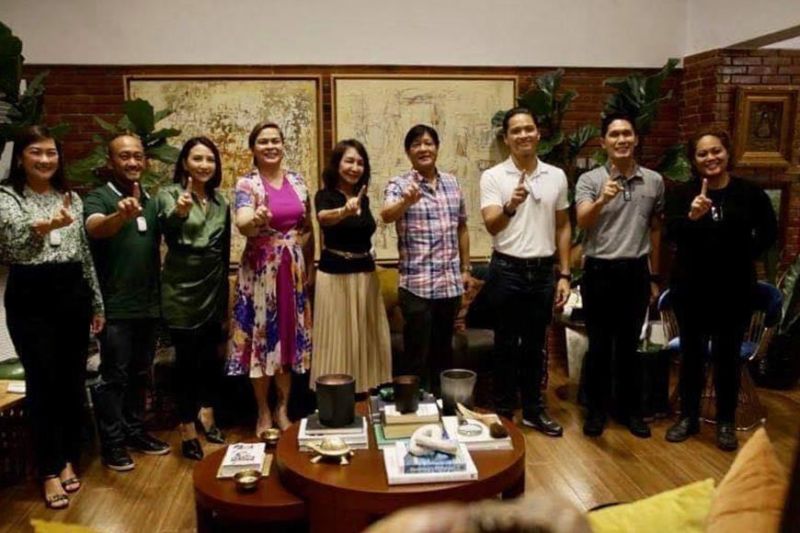 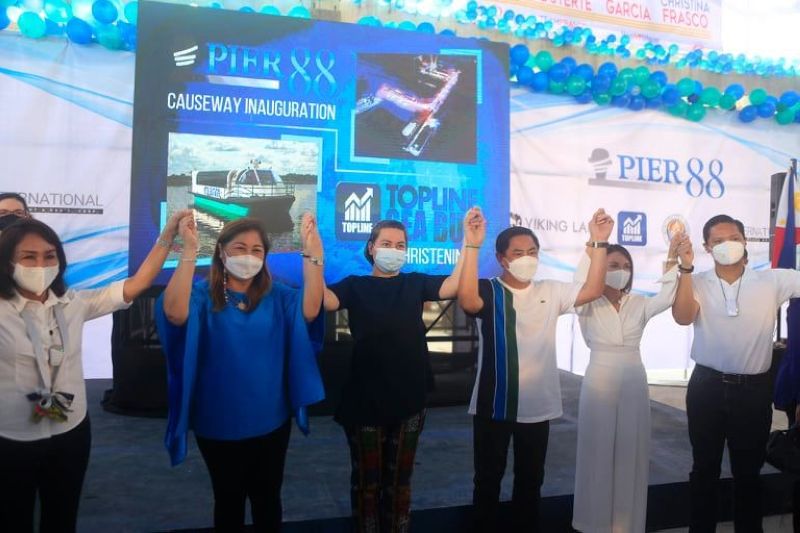 DAVAO City Mayor Sara Duterte-Carpio was mostly evasive to the questions about her meeting with presidential aspirant and former senator Ferdinand “Bongbong” Marcos Jr. in Cebu on Saturday, Oct. 23, 2021.

However, she divulged a little detail about the meeting with Marcos—they have discussed on how her regional party Hugpong ng Pagbabago in Davao region can help Marcos in his bid for the presidency.

As to the speculations that Duterte-Carpio and Marcos would become running mates in the 2022 elections, Duterte-Carpio said their are no talks about it yet and her camp has yet to discuss the matter with the former senator.

“I cannot comment on that, but you can ask him since he is the one who is a candidate for a national position,” said Duterte-Carpio.

Also, she admitted that she and Marcos raised the hand of Cebu Gov. Gwendolyn Garcia to support her in her reelection as governor of Cebu province. Garcia is seeking a second straight term and fifth overall. Garcia’s big-name opponent is former tourism secretary Joseph “Ace” Durano, a relative of Duterte-Carpio.

Duterte-Carpio arrived in Cebu, a vote-rich province, Friday, Oct. 22, the same day of Marcos’ arrival. Aside from meeting Marcos and Sen. Imee Marcos in Cebu Saturday, Duterte-Carpio also met other local politicians such as Durano’s brother Ramon VI also known as Red, Acting Cebu City Mayor Michael Rama, Cebu City Councilor Raymond Alvin Garcia and Gov. Garcia. The pictures of her meetings circulated in social media, and there were pictures of the mayor raising the hands of some local politicians, a gesture seen as her endorsement.

Duterte-Carpio, who has a high rating in surveys like her father, had repeatedly said that she would not be running for a national elective post.

Despite her filing of certificate of candidacy for a fresh term as mayor of Davao City, Duterte-Carpio’s supporters still persuaded her to run for a national position, and her meeting with Marcos, son of the late dictator Ferdinand Sr., sparked rumors that she would indeed run for a higher position.

On Sunday, Duterte-Carpio reiterated that she will not run for a national elective position in the May 2022 elections. Her critics, though, believed she would run at the national level just like what her father did before the 2016 elections—President Duterte, then the mayor of Davao City, substituted at the last minute for Martin Diño, who filed a COC for president under PDP-Laban.

Duterte-Carpio made the statement during her visit in Liloan, Cebu after attending the League of Municipalities of the Philippines Cebu General Assembly Sunday and inauguration of a new port in the town.

Political parties have until Nov. 15, 2021 to replace their candidates for the May 2022 national and local elections. The Commission on Elections (Comelec) said there will be no more substitution due to withdrawal that will be allowed after Nov. 15.

Under Comelec Resolution 10717, an aspirant from a duly registered political party or coalition, who dies, withdraws, or is disqualified for any cause after the last day for the filing of COCs, may be substituted by an aspirant belonging to, and nominated by, the same political party or coalition. On the other hand, no substitute shall be allowed for any independent candidate. (KFD)