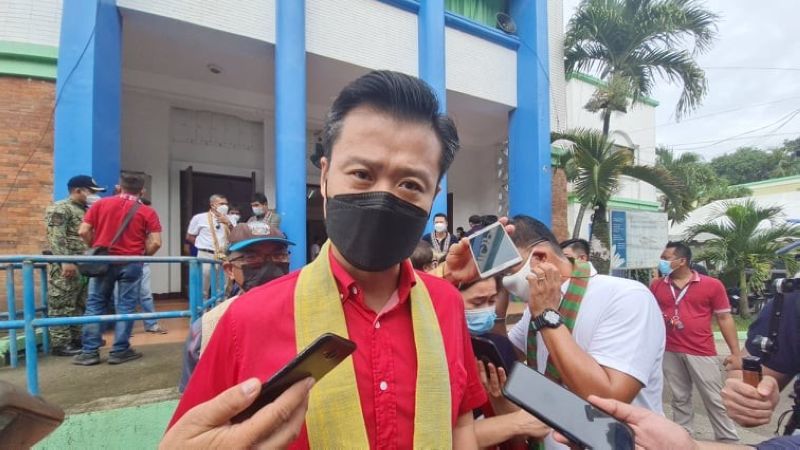 NEGROS. Senator Sherwin Gatchalian on the sidelines of his visit to Valladolid town in Negros Occidental over the weekend. (Erwin P. Nicavera)

SENATOR Sherwin Gatchalian has stressed anew the need for the reactivation of the “Pantawid Pasada” fuel subsidy program of the government as measure to help those in the public transport sector, especially drivers, amid the rising costs of fuel.

Gatchalian, on the sidelines of his visit to Valladolid town in Negros Occidental over the weekend, said the drivers should be given subsidy that they can use to augment their fuel expenses.

He made the call as pump prices of petroleum products have been increasing for seven consecutive weeks.

In fact, according to price projections by Unioil Petroleum Philippines, the prices are expected to go up big-time for the eighth straight week.

But Gatchalian said the price increases will be temporary, likely one to two months only.

“But, drivers should be given subsidies during that period,” he said, adding that “we already have the Pantawid Pasada before, we just have to reactivate it.”

Meanwhile, with the government, through the National Inter-Agency Task Force (IATF), beginning to relax restrictions, the senator said he is not worried about opening up the economy.

"I am more concerned about losing or the weakening of our antibodies,” Gatchalian said.

He said many countries that are ahead of the Philippines, like the United States and Israel, already allowed the inoculation of booster shots after noting the lowering of antibodies.

In response to a similar eventuality, Gatchalian said Filipino health experts should start looking into the possibility of inoculating booster shots after six to eight months, especially for the frontline health workers.

“This is already a point of concern for me because we are already nearing six to eight months since we began our vaccination drive here in the country,” he added.