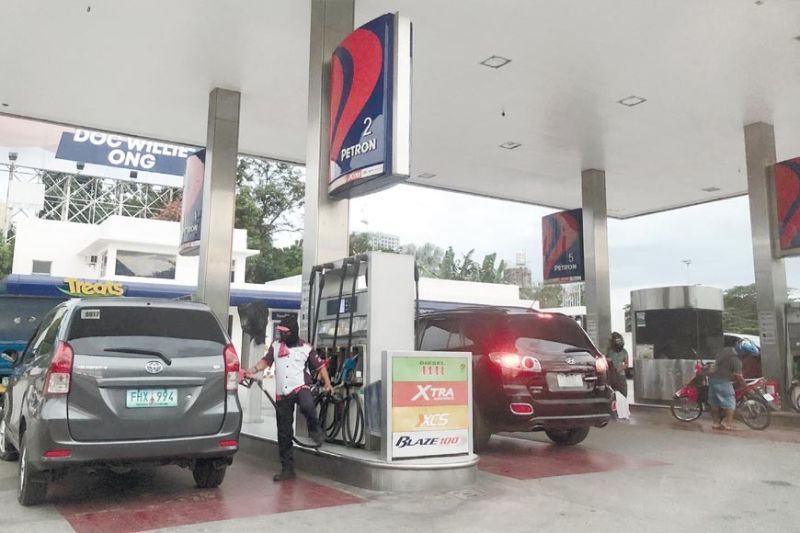 GAS UP. This Oct. 25, 2021 photo shows a gas station worker in Cebu City attending to a motorist to gas up. Fuel prices have increased for several weeks now, hitting consumers and car owners alike. On Monday, the government announced that it will released some P1 billion to fund fuel subsidies to PUV drivers affected by the recent oil price spike. / CSL

THE government will release a total of P1 billion to fund cash grants for public utility vehicle (PUV) drivers affected by the rising fuel prices.

The Development Budget Coordination Committee announced this on Monday in a joint statement.

The subsidy will benefit some 178,000 PUV drivers for the remaining months of the year which will be disbursed under LTFRB’s Pantawid Pasada Program, they said.

The budget will be charged under the untapped appropriations under the Support Infrastructure Projects and Social Programs in 2021.

“We, the members of the Development Budget Coordination Committee, are committed to supporting our transportation sector, amidst the increasing oil prices,” the statement said.

Prices of petroleum have spiked for the last eight weeks, with another increase expected this week, hitting consumers and car owners.

Lawmakers and transport groups have sought to suspend the imposition of the excise taxes on fuel to mitigate the price spike.

However, the Department of Finance noted that suspending the measure will result in “substantial revenue loss” of as much as P131.4 billion in 2022. (CSL)