1,335 PDLs in Angeles City get vaccinated 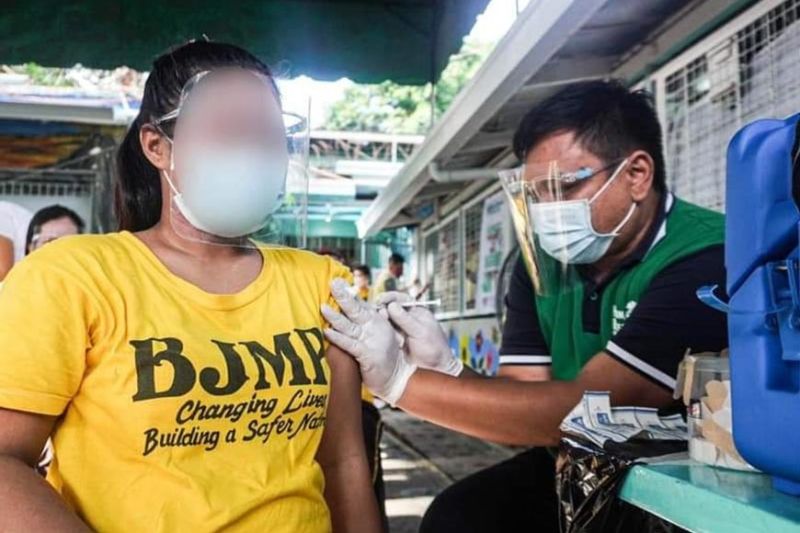 JABBED. A PDL gets her shot of Covid-19 vaccine. (Angeles City Information Office)

A TOTAL of 1,335 Persons Deprived of Liberty (PDLs) in the Angeles District Jail received their Covid-19 vaccines doses Monday, October 25, 2021, via the Ronda Bakuna mobile bus clinic of the City Government.

This is in pursuit of Mayor Carmelo Lazatin Jr.’s goal to prioritize the safety of his constituents against the virus, regardless if they had trouble with the law, as they are part of the community.

A mobile bus clinic of the City Government was deployed at the Angeles District Jail, with vaccinators, doctors, and health staff from the City Health Office, Rafael Lazatin Memorial Medical Center, and Angeles City Disaster Risk Reduction and Management Office and support staff from Business Permit and Licensing Division and Angeles City Traffic and Development Office.

According to Evangeline Malonzo, BPLD chief and also the ground commander of the bus clinic, Lazatin has instructed to vaccinate all PDLs housed at the Angeles District Jail.

Also, Lazatin's Chief Adviser IC Calaguas, also the chief implementer of the city's vaccination program, said the same mobile bus clinic is set to be deployed in November at the Angeles District Jail for the second dose of vaccines.

To date, 237,717 Angeleños have already received their first dose of vaccines while 170,650 are already fully vaccinated.

To recall, all eight wards in the Bahay Pag-Asa, the city’s youth reformation center; 30 drug offenders under the custody of the Balay Silangan Reformation Center; and two homeless female abandoned elderly in the city’s Bale Pusu home for the aged also received their vaccines against Covid-19.

Apart from this, 3,000 basic hygiene items such as toothbrush, toothpaste, mouth wash, face towel, and bath soap were also given to the Angeles City District Jail last September 2020. (PR)