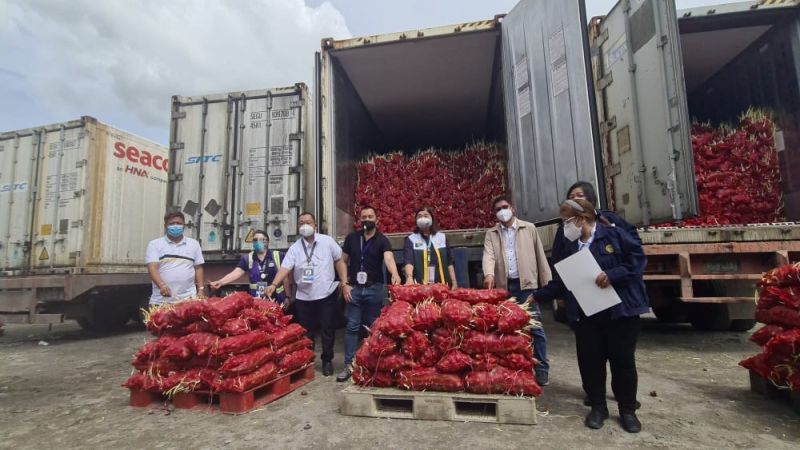 SOME P362 million worth of smuggled vegetables and other agricultural products believed to have been sneaked into the country were destroyed by authorities led by the Bureau of Customs (BOC) at the Greenleaf 88 Hazardous Waste Disposal Center in time for the National Food Safety Awareness Week celebration.

Port of Subic District Collector Maritess Martin said 18 of the 60 40-footer container vans carrying assorted vegetables, mostly onions, carrots and broccoli, were brought to Greenleaf for condemnation, while the remaining container vans were under the custody of BOC Port of Subic.

“We are just waiting for the court order before we destroy the smuggled content of 42 other containers now being held at Port of Subic,” said Martin on the sideline of the ceremonial condemnation of seized items.

Greenleaf 88 Hazardous and Non-hazardous Waste Disposal Facility situated in Barangay Mitla, Porac is accredited by the Department of Environment and Natural Resources (DENR) due to its sophisticated machinery and equipment, said Robert Gaza, administrator of Greenleaf 88.

Other government agencies that joined the event are the Department of Agriculture-Bureau of Plant Industry (DA-BPI), Department of Trade and Industry (DTI), the National Intelligence Coordinating Agency (Nica) and the local government unit (LGU) of Porac.

A large volume of smuggled vegetables were found to be in an advanced state of decomposition when opened by the BOC Port of Subic and Greenleaf personnel.

“These smuggled agricultural products can easily be decomposed due to prolonged exposure of container vans to heat while under the custody of BOC Port of Subic,” said Gaza, who supervised the opening of 18 cargo trucks.

DA Officer in Charge (OIC) Zambales Director Enrique Tacbad said imported vegetables flooded the local and national markets, greatly affecting traders and farmers especially in the mountain province, one of the biggest sources of vegetables in the country.

“The Port of Subic immediately seized and issued a forfeiture process against the cargoes for alleged violation of the Customs Modernization and Tariff Act and the DA Circular number 04 series of 2016,” Martin said.

She said the seized smuggled goods were the largest forfeiture made by the Port of Subic in terms of agricultural products. (Chris Navarro)