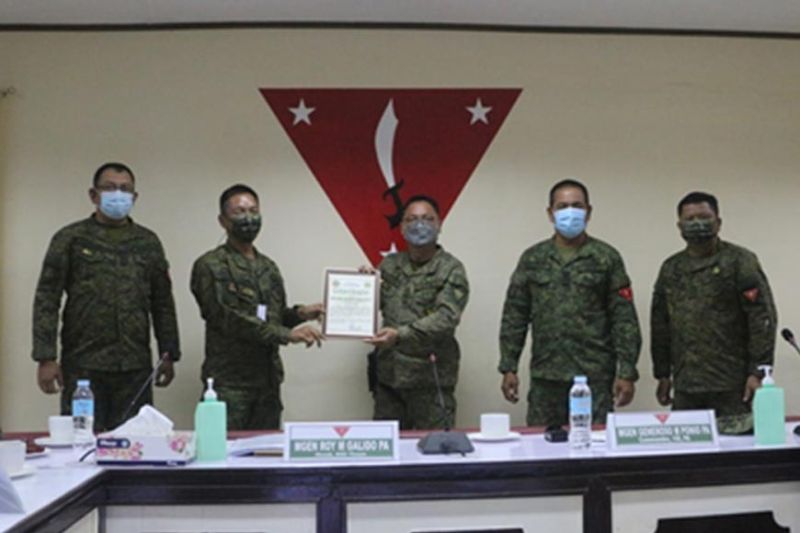 This, as the 103rd Infantry Brigade garnered a percentage rating of 94.64 percent categorized as Very Good, which obtained the highest rating among all organic Brigade units of the Army's 1st Infantry Division (1ID).

Ponio said the award speaks up the unit's excellence and success in the four major areas such as Joint Readiness Rating System; Mission Accomplishment; Resource Management; and Leadership, Morale and Welfare, Discipline, Law and Order.

Cuerpo added that the recognition showcases the constant quest of every 103rd Infantry Brigade personnel to do the best in all their endeavors.

The inspecting team from the Philippine Army concluded Friday, October 22, the Annual General Inspection (AGI) at the 1st Infantry Division and its line units. (SunStar Zamboanga)