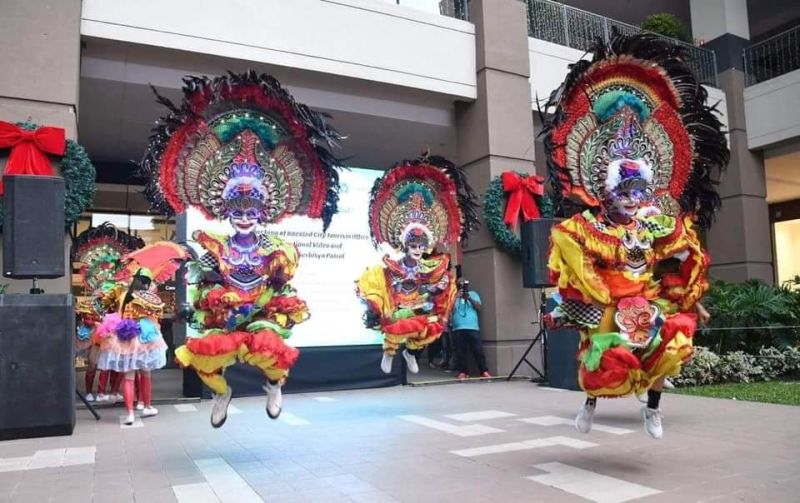 BACOLOD. Mayor Evelio Leonardia said that the spirit of MassKara Festival lives on amid the Covid-19 pandemic. (Bacolod PIO Photo)

THE MassKara (Festival) spirit lives on even amid the coronavirus disease (Covid-19) pandemic.

Mayor Evelio Leonardia said this Monday, October 25, as he led officials during the launch of the City Tourism Office's newest tourism promotional video at the Ayala Malls Capitol Central.

"The month of October can never be complete without MassKara. Crisis or not, the MassKara spirit is here," Leonardia said as he recounted the origin of the now world-renowned festival that gave birth to Bacolod's moniker as the "City of Smiles."

The launch of the promotional video was held on the fourth Sunday of October, which is usually the highlight of the MassKara festivities anchored on the City Ordinance authored by then Councilor-turned-City Administrator Em Legaspi-Ang in 2017.

MassKara Festival was first celebrated in October 1980 during the mayorship of the late Jose "Digoy" Montalvo.

Bacolod City was then in the midst of a crisis following the sinking of the inter-island vessel M/V Don Juan, which claimed the lives of many Negrenses and Bacolodnons, including those belonging to prominent families.

There was the sugar industry, too, that led to the unemployment of hundreds, if not thousands of workers.

The celebration was a declaration of hope and resilience of the city folk.

"The six-minute video showcased several tourism and cultural sites, gastronomic delights, adventure trails, and many more that capture the experience of those traveling to Bacolod City when the pandemic is over," said Executive Assistant Sandra Ruth Sycip.

Department of Tourism-Western Visayas Director Cristine Mansinares assured Bacolod of DOT's commitment in its tourism promotion campaign, adding that the video production of the LGU has her agency's financial assistance.

"October is MassKara Festival Month. We are reminded that we should continue to prevail and share the fun, laughter, and excitement as we travel safely and responsibly to Bacolod City," she said.

Mansinares said she believes the video will help DOT's marketing efforts as well as boost travel confidence of tourists planning to visit Bacolod.

Simultaneous with the launch of the CTO promotional video was the maiden public airing of the Bacolod Serbisyo Patrol, a one-hour digital TV magazine program.

The BSP, which airs every Monday at 5 p.m., is anchored by former ABS-CBN Bacolod reporters Yasmin Pascual-Dormido and Mark Salanga.

The launch, sponsored by Ayala Malls and Globe Telecom, was part of the week-long Bacolod Trade Expo and Virtual Summit from Oct. 21 to 30. (PR)