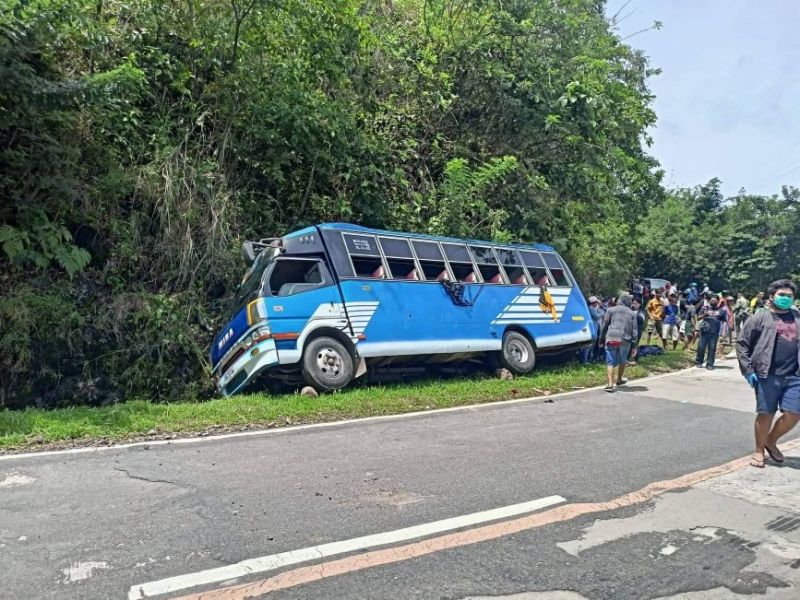 TWO persons, including a minor, died while two others were injured when the mini bus they were riding fell off the roadside ditch in Sitio Dacog-Dacog in San Carlos City on Sunday noon, October 24, 2021.

Killed were Rudilyn Segurado, 12, who died on the spot, and John Jucher Segurado, 26, both of Sitio Brillantes, Barangal Rizal in the northern Negros Occidental city.

The victims were brought by the City Disaster Risk Reduction Management Office rescue team to the San Carlos City Hospital.

The older Segurado died while being treated, while the 12-year-old died on the spot. Their relation to each other was not disclosed.

Investigation conducted by Police Corporal Mark Jotham Flores showed that the mini bus was descending toward the east direction of the road when its brakes reportedly malfunctioned.

Bus driver Juditho Locsin, 34, of Barangay 1 also in San Carlos City, lost control over the vehicle, causing it to fall off the ditch, Flores said.

Locsin is now under police custody and might face charges for reckless imprudence resulting in homicide and physical injuries.