Mayor reveals she got Covid-19 at home 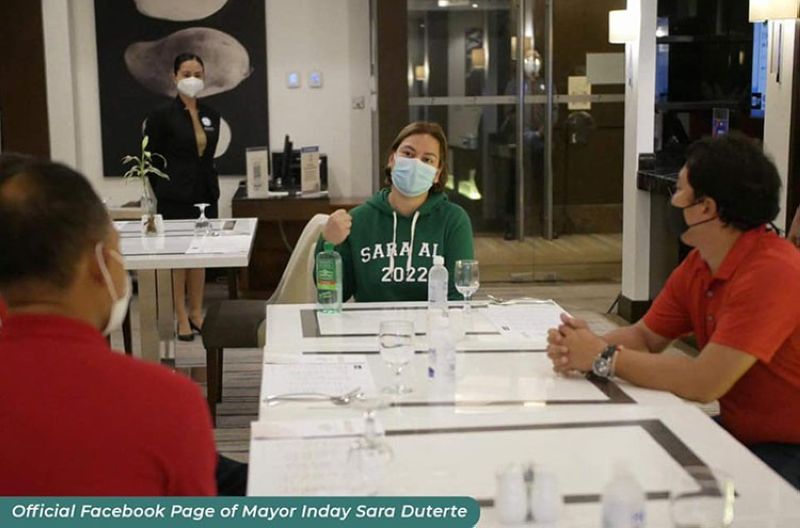 Davao City Mayor Sara Duterte-Carpio, who recently recovered from Covid-19, revealed she got infected from the virus within their household.

Duterte-Carpio, who recently returned to her regular radio interview after two weeks of absence on Monday, October 25, said that 11 out of the 17 household members tested positive from the virus.

The mayor, who is fully vaccinated, revealed she got infected with some members of the family who are unvaccinated, including children.

"Naay mga personalities sa among balay nga unvaccinated and mao ning mga bata. Nagkasakit sila og Covid-19. So we took care of them... And then natakdan na lang pud ang mga adults nga nagbantay sa ilaha (There were household members who are unvaccinated and these are the children. They got sick due to Covid-19 and we had to take care of them. Eventually, the adults who took care of them also got infected),” the mayor said in an interview on 87.5 FM Davao City Disaster Radio.

Initially, the mayor tested negative from the swab test. However, the mayor experienced itchiness on her throat around three to four days after being tested.

At first, she thought that her itchy throat was only due to getting irritated from using mouthwash and throat spray.

“But apparently, according to doctors, some mistaken itchy throat as sore throat.

Naa pud uban nga itchy throat. Wala man ko giubo and sip-on (Some of those who tested positive had experienced an itchy throat. But in my case, I didn’t experience coughs and colds),” Duterte-Carpio said.

She also said that she lost her sense of taste and smell, but was back after a few days

As of writing, all of the 11 index cases were already tagged as recovered.

While no one was in a severe condition, the mayor revealed that some members were hospitalized due to the need for oxygen supplementation.

The mayor thanked the doctors, nurses, and other medical frontliners for taking care of them.

Duterte-Carpio, meanwhile, related her current situation to the ongoing pandemic, wherein those unvaccinated are the ones highly at risk of getting infected against Covid-19

"Importante ang testing because, otherwise, dili nimo ma-segregate ang mga tao dinha sa sulod sa balay. Ug di nimo mahibal-an kung kinsa sa ilaha ang positive because some of them, wala gyud symptoms na gibati from beginning until nahuman ang isolation (Testing is important, otherwise, we won’t be able to segregate the people inside the house. Also, we won’t be able to determine who tested positive because some of them did not experience any symptoms fromthe beginning until the end of isolation),” she said.

Initially the mayor was scheduled to have an outside the country trip on October 5. But was cancelled when one of the mayor’s companions tested positive for the virus.