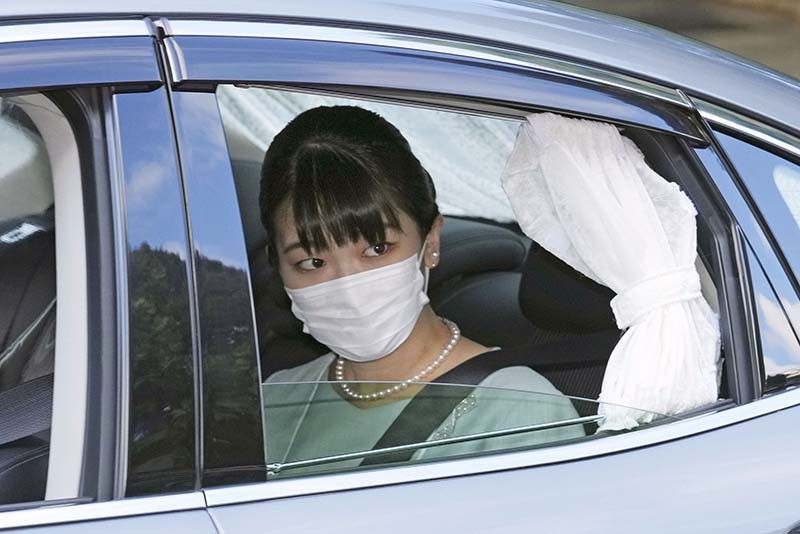 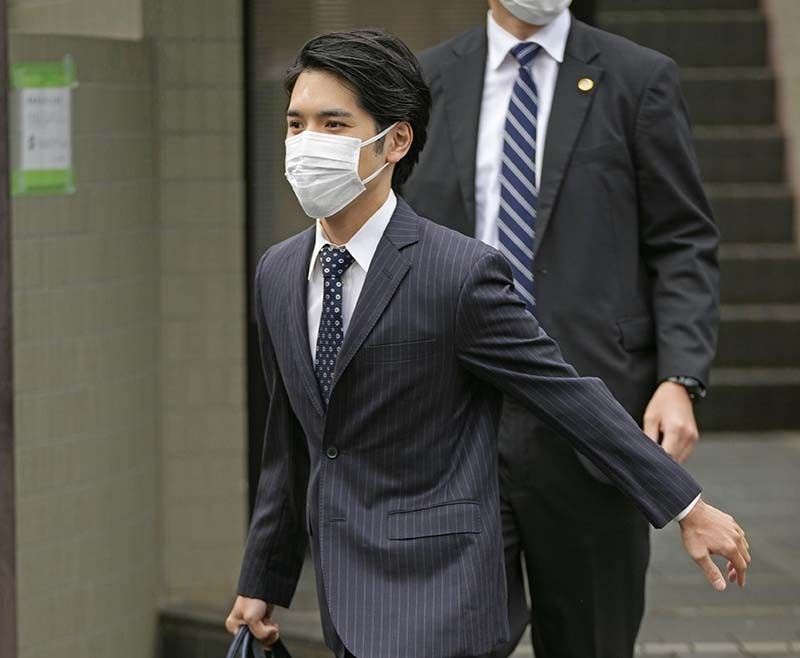 JAPAN. Kei Komuro, fiance of Japan's Princess Mako, leaves his home in Yokohama, south of Tokyo, Tuesday, October 26, 2021. Princess Mako and her commoner boyfriend Komuro tied the knot Tuesday without wedding celebration in a marriage that has split the public opinion over her would-be mother-in-law’s financial controversy. (AP) 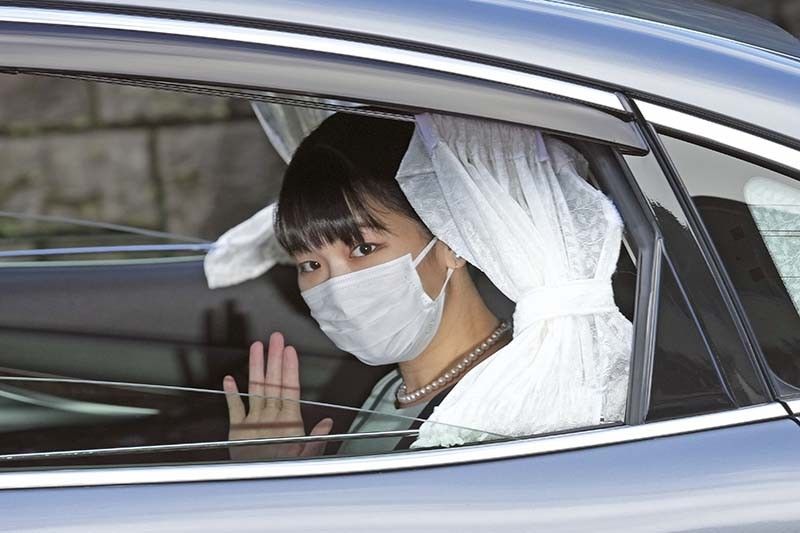 JAPAN. Japan's Princess Mako waves from a car as she leaves her home in Akasaka Estate in Tokyo Tuesday, October 26, 2021. (AP) 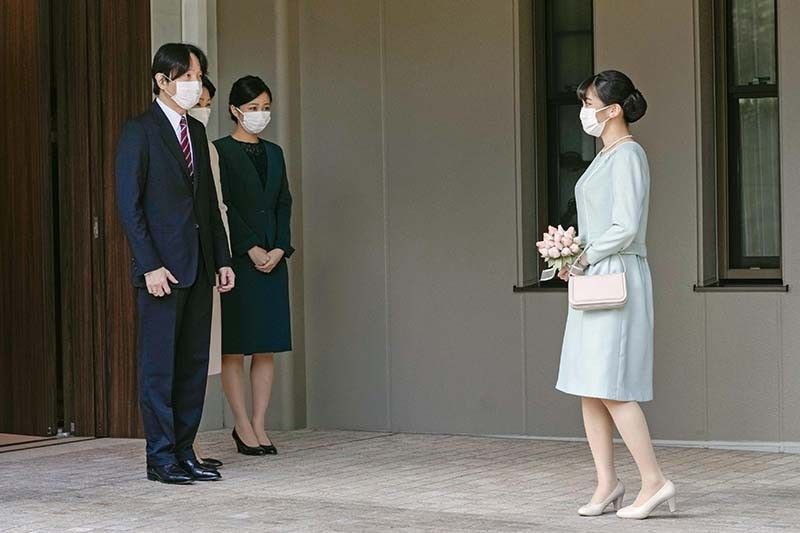 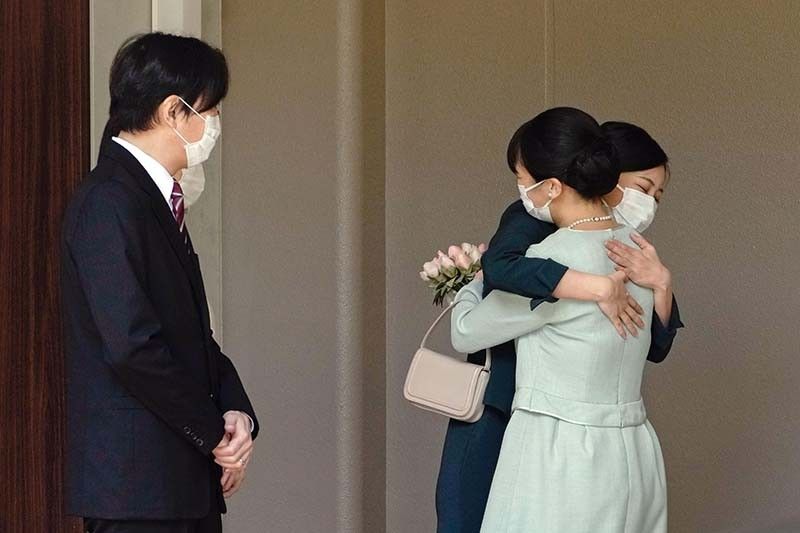 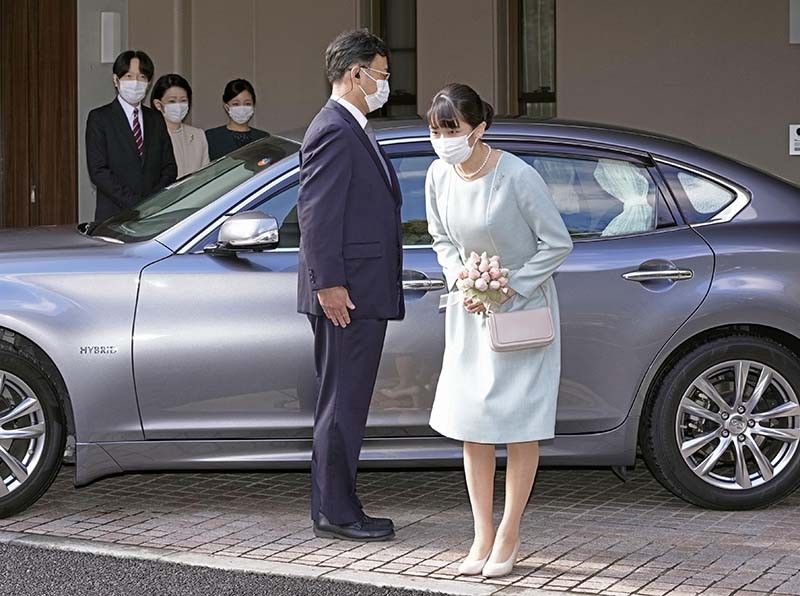 TOKYO — Japanese Princess Mako married a commoner and lost her royal status Tuesday in a union that has split public opinion after a three-year delay caused by a financial dispute involving her new mother-in-law.

The marriage document for Mako and Kei Komuro was submitted by a palace official Tuesday morning and is now official, the Imperial Household Agency said.

No longer a royal, Mako has now taken the surname of her husband and become Mako Komuro — the first time she has had a family name. In Japan's imperial family, only male members are given household names, while female members only have titles and must leave if they marry commoners.

This example of prewar-era paternalism, still kept alive by the imperial family, is also reflected in Japanese gender policies that many criticize as outdated, including a law that requires married couples to use only one surname, almost always the husband's.

The newlyweds will make statements at a news conference in the afternoon but will only provide written answers to questions because Mako showed fear and unease over what would be asked, the agency said.

Mako is recovering from what palace doctors described earlier this month as a form of traumatic stress disorder that she developed after seeing negative media coverage about their marriage, especially attacks on Komuro.

There will be no wedding banquet and there have been no other marriage rituals for the couple. Their marriage is not celebrated by many people, the agency has said.

Mako, who turned 30 three days before the wedding, is a niece of Emperor Naruhito. She and Komuro were classmates at Tokyo’s International Christian University when they announced in September 2017 that they intended to marry the following year, but the financial dispute surfaced two months later and the wedding was suspended.

The dispute involves whether money his mother received from her former fiancé was a loan or a gift. Mako’s father asked Komuro to clarify, and he wrote a statement defending himself, but it is still unclear if the dispute has been fully resolved.

Komuro, 30, left for New York in 2018 to study law and only returned to Japan last month. His hair, tied in a ponytail, captured attention as a bold statement for someone marrying a princess in the tradition-bound imperial family and only added to the criticism.

Mako has also declined the 140 million yen ($1.23 million) dowry to which she was entitled for leaving the imperial family, palace officials said. She is the first imperial family member since World War II to not receive the payment while marrying a commoner and chose to do so because of the criticism over her marrying a man some consider unfit for the princess.

On Tuesday morning, she left the palace wearing a pale blue dress and holding a bouquet. She bowed outside the residence of her parents, Crown Prince Akishino and Crown Princess Kiko, and her sister Kako, and then the sisters hugged each other.

The Imperial House Law allows only male succession and requires women to renounce their royal status when they marry a commoner, a practice that has reduced the number of royal family members and the successors to the throne.

After Naruhito, there are only Akishino and his son, Prince Hisahito, in the line of succession. A panel of government-appointed experts are discussing a stable succession of the Japanese monarchy, but conservatives still reject female succession or allowing female members to head the imperial family. (AP)