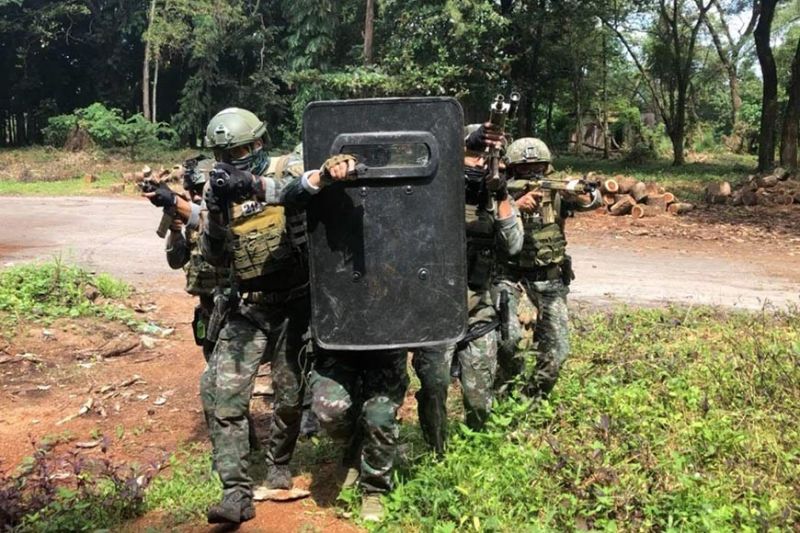 A total of 80 SAF troopers of the UCRWC CL 97-2021 batch participated in the two-day training, which involved simulation exercises on building assault as part of their specialized training to enhance the unit’s operational capabilities.

The students were divided into two groups along with 10 instructors per group to continuously train so they can effectively respond to the changing demands of time in the fight against global terrorism.

Their training also involves the application of techniques, tactics, and procedures of Close Quarter Battle in adherence to the existing operational procedures.

According to UCRWC Course Director and Safety Officer Rudy Peang, safety precautions and minimum health protocols were observed during the entire duration of the simulation exercises.

He also assured that there was no damage in the utilization of the said facilities in Clark.

For his part, SAF Director Felipe Natividad expressed his appreciation to Clark Development Corporation (CDC) President and Chief Executive Officer Manuel Gaerlan for his approval on the activity.

Gaerlan gave his support to help develop the knowledge and skills of the UCRWC participants as he also became a course director in various UCRWC training back in the days.

He was supposed to be in Class 2 in 1988 but was sent to the US Marine Training Camp (Camp Pendleton) instead, where the Los Angeles Police Department Special Weapons and Tactics (Swat) trained Gaerlan and his team.