Mayor: Davao City might not achieve herd immunity by November 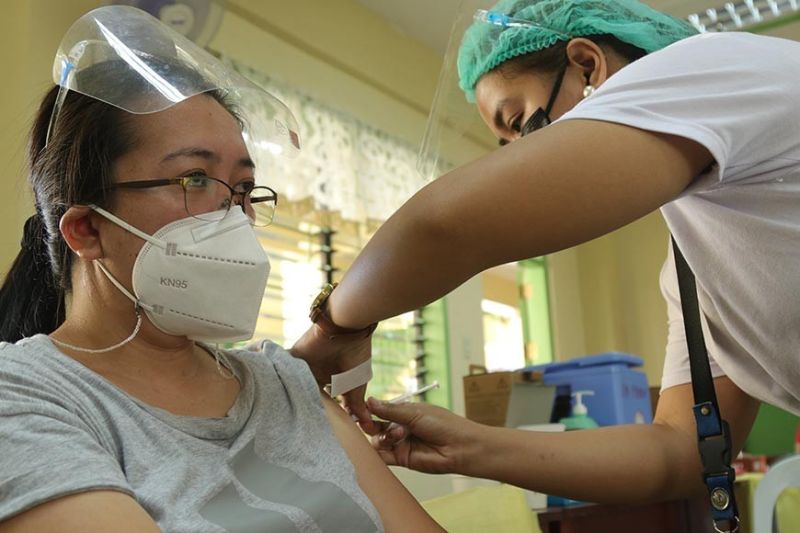 DAVAO City might not be able to achieve the 1.2 million target herd immunity by November 2021 despite increased vaccination strategies, Mayor Sara Duterte-Carpio said.

The mayor said this in her radio interview on Monday, October 25, after the city experienced a low turnout of vaccinees in some of the Covid-19 vaccination sites despite expanding to other barangays.

She said there has been slow progress on the turnout of vaccinees despite opening the vaccination to the general public.

“Dili siguro ma achieve 1.2 million [vaccinees] in November because medyo nihinay gyud. Nagalisod sila pangita og tao nga kinahanglan nila bakunahan (I think we won’t be able to achieve the 1.2 million vaccinees in November due to low turnout. We are also struggling to look for individuals who need to be vaccinated,” Duterte-Carpio said in an interview on 87.5 FM Davao City Disaster Radio.

She said the vaccine cluster is currently going to the barangays.

The mayor said the Davao City Vaccination Cluster continues to discuss strategies to counter disinformation, especially those religious leaders who stop their members from getting the vaccine.

The mayor said she is alarmed with active cases that are mostly unvaccinated.

“This is the problem now dinhi sa atoang pandemic kay kining unvaccinated, sila gyud ang matakdan ug una sa virus because wala silay immunity na gikan sa proteksyon sa bakuna (Those who are unvaccinated have a higher risk of being infected with the virus because they lack protection),” she said.

According to the Davao City Vaccination Cluster as of October 6, the City Government reported that 770,925 individuals have received the first dose and 646,248 got the second dose of the vaccines, or 53.85 percent of the target herd immunity.

Covid-19 Task Force spokesperson Dr. Michelle Schlosser said in an interview that the vaccination cluster is also struggling to achieve the target 15,000 vaccinees per day despite the increased number of vaccination hubs and other strategies to entice Dabawenyos to have themselves vaccinated against Covid-19.

The official said the city had since allowed walk-ins in almost all vaccination sites. This is in response to the public's clamor after the city prohibited walk-ins to avoid mass gatherings.

She also said some vaccination hubs will now operate during weekends to cater to more vaccinees.

Schlosser also said the vaccination at the People's Park, which caters to walk-ins, will remain operational until the city reaches its targeted herd immunity.

In addition, the city will also be expanding its evening vaccination called "Bakuna Nights," and selected malls will cater to vaccinees who cannot avail of the daytime vaccination due to their work. Some Bakuna Nights sites, however, will still pilot its vaccination and will operate once a week. The San Roque Elementary School vaccination site, however, is now open nightly.

The official also said the city had addressed some of the vaccinees’ hesitancy toward Chinese brands, which resulted in a low turnout in some vaccination sites.

Recently, the city launched the door-to-door vaccination and drive-thru vaccination to cater to seniors who are struggling to walk and visit their nearest vaccination hubs.