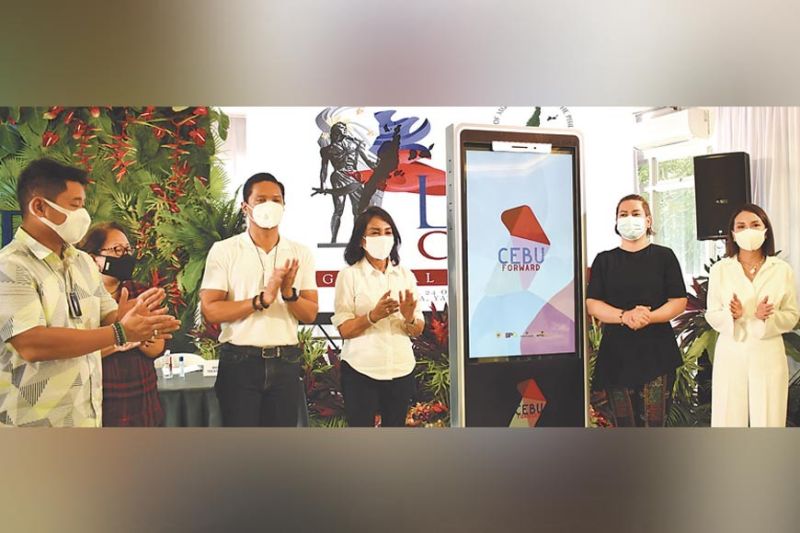 THE League of Municipalities of the Philippines (LMP)-Cebu has brought its 44 towns into the digital age with the launch of its “Cebu Forward” app on Sunday, Oct. 24, 2021.

The application provides residents and tourists with information on the local government units (LGUs), tourist spots, buses plying the area, as well as the businesses of the different towns in the Province of Cebu.

All 44 town mayors received an iPad (ninth generation) so they could experience and promote the Cebu Forward app.

Daanbantayan Mayor Sun Shimura, treasurer of the LMP, told the media that they had allocated P1 million to purchase the iPads.

This was realized after the town mayors discussed during the previous LMP general assembly the need to purchase tablets for the project.

In a separate interview, LMP- Cebu president and Liloan Mayor Christina Garcia-Frasco said it had been her commitment to take the LMP to the digital age by providing innovations in governance to help the towns in their connectivity with their constituencies.

The Cebu Forward app features the incumbent local officials of the town with their biography and political experiences.

Emergency hotlines of each locality can also be accessed through the app.

The users may also send their reports or complaints through the app.

The app will also help local businesses gain more traffic as it also features them through the virtual marketplace.

Garcia-Frasco said the app bridges the vast distance among the 44 municipalities across the province of Cebu, allowing people to come together and have access to one other.

She said the app can be downloaded from the Google Play Store and App Store and is fully operational.

According to Sugbo News, Overcode Inc. developed the app for LMP-Cebu for free.

Mike Cubos, chief executive officer of Overcode Inc., said the industry price of this scale of an app ranges from P6 million to P10 million.

Cubos said the app also has features that can be accessed despite low to no internet connectivity.

However, sending concerns to the LGU requires an internet connection, and Cubos said they have had initial talks with Globe and PLDT.

With these internet providers, they are now working to whitelist some of the critical features of the app.

“Whitelist features” refer to parts of the app that can be accessed despite low to no internet connection in certain areas, particularly in the mountain areas.

Meanwhile, Cebu Gov. Gwendolyn Garcia announced during the ninth LMP-Cebu General Assembly on Oct. 24 that she would give P2 million to each town mayor who attended the assembly.

Garcia said the P2 million will be used for infrastructure projects as a reward for the towns’ efforts in fighting Covid-19 that have resulted in the decline in new cases.

Davao City Mayor Sarah Duterte-Carpio, who recently recovered from Covid-19, was a guest at the assembly. (KFD)