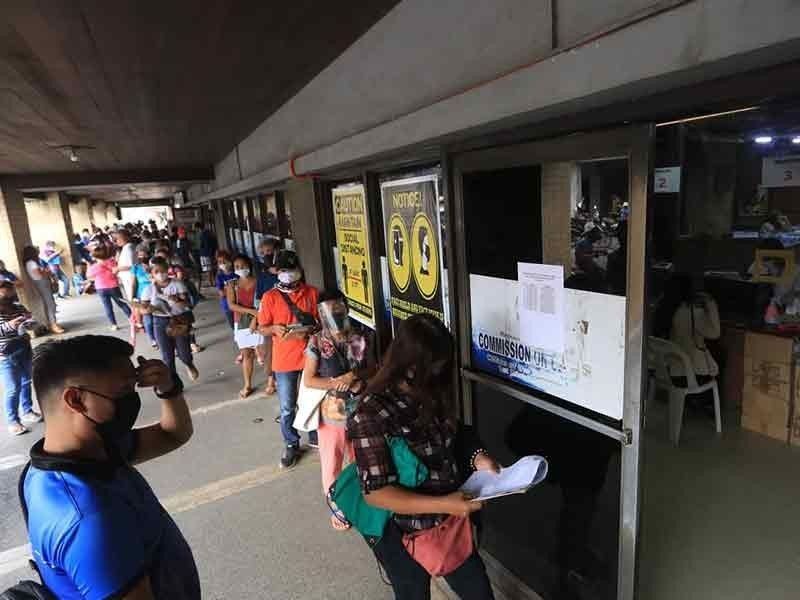 AN OFFICIAL from the Commission on Elections (Comelec) in Cebu Province is expecting an increase in voter registration in the last week of the extension for registration for the May 2022 polls which started on Oct. 11, 2021 and will end on Oct. 30.

Cebu Provincial Election Supervisor and lawyer Lionel Marco Castillano said as of Oct. 25, they had catered to 47,822 applications for voter registration since Oct. 11, which was when the Comelec formally resumed voter registration activities.

He said an ample increase is expected for the last week of the extension given that the cities of Cebu, Mandaue and Lapu-Lapu extended their registration hours to accommodate more voters.

While voter registration would usually end at around 5 p.m. daily, the election offices of Cebu’s three highly urbanized cities extended their registration activities until 7 p.m.

In Cebu City, election officials noted that more people have started to appear at their local voter registration areas with only a few days left before the Oct. 30 deadline.

“We expected that more people will be coming in to register, especially since the deadline for registration is closing in,” Mamalinta added.

During the start of the extension, Cebu City’s election offices recorded an average of only 200 to 300 applicants per district, Mamalinta said.

With regard to the number of voters for the 2022 national and local elections, the whole Cebu logged an estimated 3,247,108 voters, which already included the applications processed for new registration and transfer as of Oct. 25, 2021.

Due to the Covid-19 pandemic, voter registration was suspended for six months in 2020.

The registration was again suspended for several weeks in 2021 as several areas like Cebu were again placed under stricter quarantine restrictions.

Voter registration was supposed to end last Sept. 30, but it was extended. (JOB, PAC / JKV)