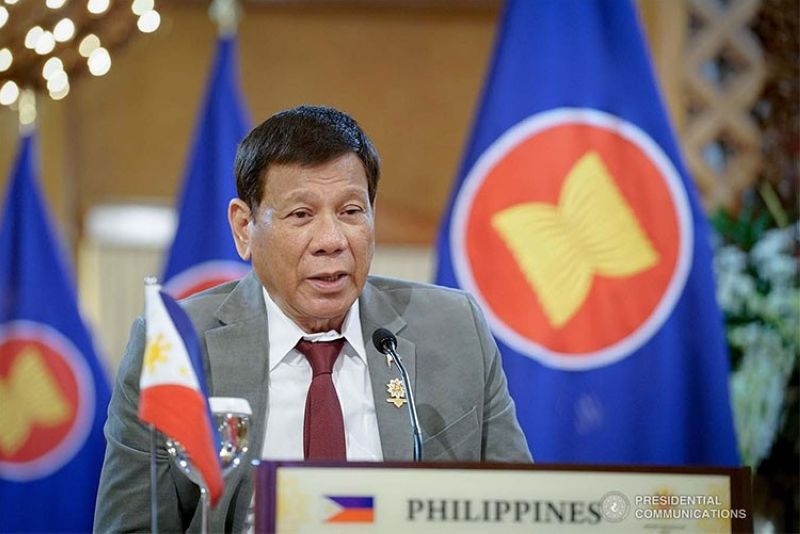 During the 38th and 39th Asean Summits, which opened on October 26, 2021 via video conference, Duterte said the pursue to these initiatives should be in accordance with the United Nations Convention on the Law of the Sea (Unclos), as well as the 2016 arbitral ruling over the disputed territories in the West Philippine Sea (South China Sea) in favor of the Philippines.

“We have come a long way in keeping the peace and promoting prosperity in our region. We must not allow those with diverging interests to make our efforts fail,” Duterte said.

On July 12, 2016, the Permanent Court of Arbitration in The Hague, Netherlands ruled in favor of the Philippines and invalidated China’s claims within the sea areas falling within the nine-dash line which is over 90 percent of the territory.

It also affirmed the traditional and legitimate fishing rights of Filipino fishermen in the area.

The filing of the case by the Philippine government stemmed from the April 2012 stand-off between Chinese authorities and the Philippine Navy after Filipino fishermen were prevented from entering the Scarborough Shoal, one of the region’s richest fishing grounds and a flashpoint between the two countries.

The country’s top leader also encouraged Asean countries to translate their commitments into action regarding the 2002 Declaration on the Conduct of Parties in the South China Sea in the midst of the evolving geopolitical situation in Asia.

“Talks should not remain empty rhetoric. They should be translated into action to fortify the trust and confidence we have cultivated through the years. Acta non verba. Deeds, not words,” he added.

Duterte also highlighted the Philippines’ contribution to the substantive progress in the second reading of the Single Draft Code of Conduct (COC) Negotiating Text, as the country reaffirms its commitment to the conclusion of an effective and substantive COC.

He also reiterated the Philippines’ call for holistic efforts to protect and preserve biodiversity and the marine environment in 2017-2027 which was declared as Decade of Coastal and Marine Environmental Protection in the South China Sea.

Duterte lauded, however, the Asean-China cooperation amid the coronavirus disease 2019 (Covid-19) pandemic.

“Asean’s road to recovery from the coronavirus pandemic will be long and difficult as the region reels from the impact of the contagion,” Duterte said.

Duterte also emphasized the need for a phased and comprehensive implementation of the Asean Comprehensive Recovery Framework and called for the immediate establishment of the Asean Centre on Public Health Emergencies and Emerging Diseases. (SunStar Philippines)