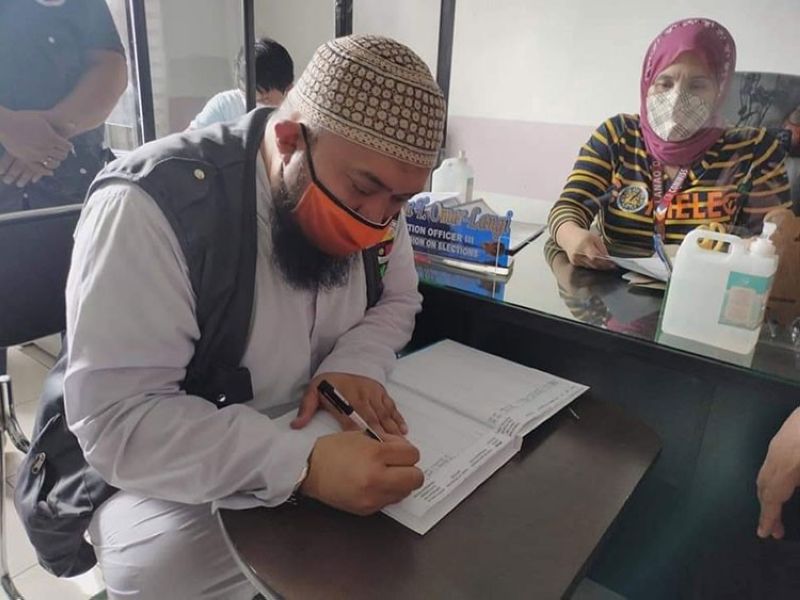 IT’S all in the family. The mayor of an Islamic town in Lanao del Sur has filed his candidacy for re-election with his cousin as his running mate for the May 2022 elections. Unique is the tandem as Tamparan Mayor Mohammad Juhar Dimaporo Disomimba and his cousin, Al-Haroun Rashid III “Toxi” Disomimba Lucman, were political opponents in the 2019 elections.

A devout Muslim, Disomimba set aside his differences to collaborate with Lucman under the Lakas-Christian Muslim Democrats (CMD). The cousins are born with political pedigree. Juhar’s maternal grandfather and former governor of the undivided Lanao Sultan Mohammad Ali Dimaporo and his father, the late Mayor Sultan (sa Masiu) Topaan Disomimba, were respected for their good governance.

Toxi’s grandmother, the late Princess Tarhata Alonto Lucman, was not only the first Muslim female governor of Lanao del Sur but a powerful negotiator for settling rido or clan feuds in the province. If elected, these cousins will sustain their family’s tradition of results-oriented leadership and their furtherance of peace and order.

Disomimba has been a staunch advocate of the renewal of the Islamic faith. He has been imparting spiritual principles by setting an example and through education. Despite the pandemic restrictions, students received quality Islamic and Western schooling.

“The history of the Bangsamoro is complicated. When the youths understand their past, they can help to create a better future. Our education likewise strengthens their Ibadah (faith and obedience) to God,” he said.

During his term, Tamaparan has been vigilant in the Anti-Drug Campaign without resorting to extrajudicial killing. Drugs were the root of moral decay in his town until the strengthening of the Islamic faith neutralized its negative effects. Disomimba has been facilitating a peaceful and productive dialogue between combatant families to prevent rido hostilities.

He has been pursuing his infrastructure programs, improving road networks, bridgeways, a wharf to improve accessibility, and installing more lights and CCTVs to boost security.

In education, Tamaparan recently built a temporary building for Tubok Primary School, with the hope of returning to on-site learning.

Meanwhile, the mayor has been providing equipment and supplies essential for remote learning.

In public health, the mayor supported programs containing the viral outbreak, such as installing more public toilets and non-touch handwashing stations in public areas. Tamparan’s vaccination program is ongoing toward the final goal. The TamparanRural Health Unit has been assisting housewives in the family planning program.

As a result of the mayor’s efforts, Disomimba has received several awards, the most notable is the "Outstanding Mindanaon in Excellent Governance and Leadership" granted by the Mindanao Daily News. He likewise received a thumbs-up from the government audit team for its transparency, inclusivity, responsibility, and accountability.

His recent efforts concentrate on facilities that necessitate support for reopening as the pandemic forced their shutdowns. He initiated a collaboration with a community and donated chairs for its integrated school. He also led a ribbon-cutting for the reopening of Tamparan bridge and associated in the opening of Amazing Resort to advocate the gradual renewal of tourism in Lanao del Sur.