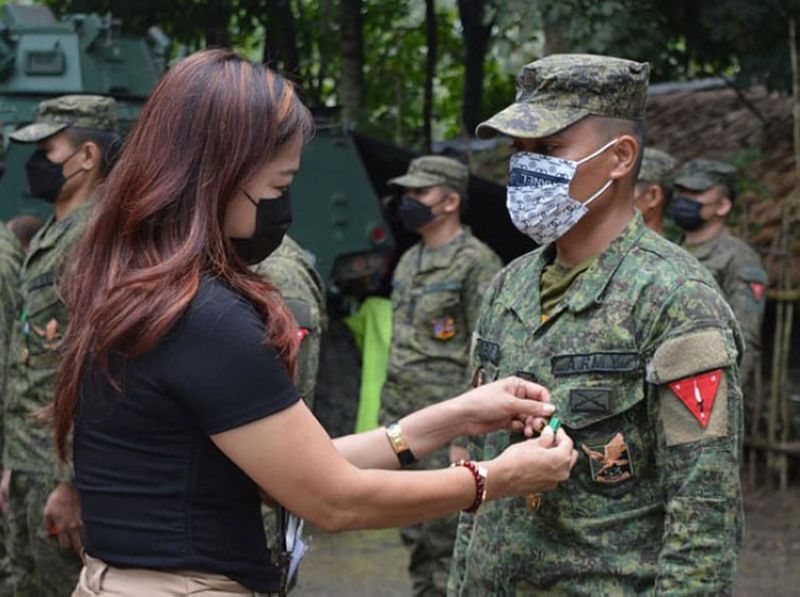 Lieutenant Colonel Jo-ar Herrera, 53IB commander, said that during the Sweep Training, the troops and small-unit leaders were trained to provide effective Command and Control (C2).

Herrera said they were also trained to be physically fit and mentally tough, because they cannot function effectively if they are not physically ready to "keep up."

Herrera congratulated the troops for completing the training, reiterating that the best weapon against the enemy is a well-trained and well-motivated soldier.

"Your training and your high state of morale are critical in maintaining the peace and order in Zamboanga del Sur, as those are your best weapons our enemy," Herrera told the troops.

Representative Divina Grace Yu, the deputy House speaker and representative of Zamboanga del Sur's 1st District, expressed her gratitude for the troops' commitment and dedication to keep the province safe.

"We are forever grateful for your service. Thank you for maintaining our province insurgency free," Yu, the keynote speaker during the training's closing ceremony, told the troops.

Yu is an Army reservist with a rank of Lieutenant Colonel.

Herrera said the training is part of the 53IB's drive to strategically communicate the Army's transformation to become world class that is a source of national pride by 2028 in line with the Army Transformation Roadmap. (SunStar Zamboanga)