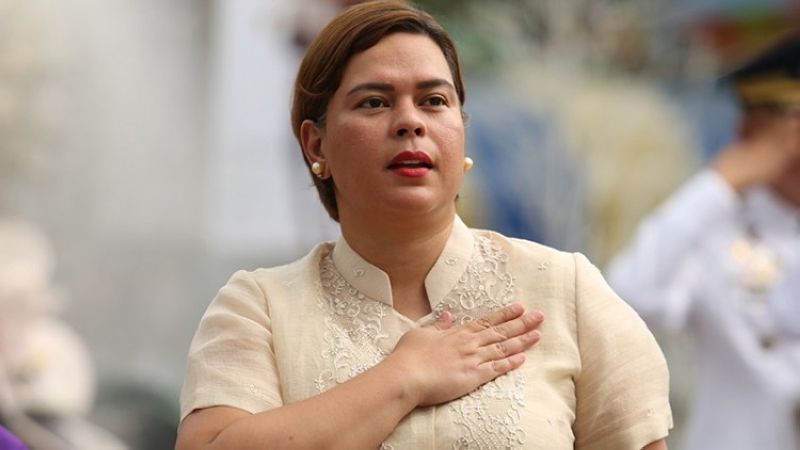 DAVAO City Mayor Sara Duterte-Carpio has dismissed the "chismis" of veteran journalist Mon Tulfo, who wrote in his column that she plans to run for vice president to “upset” Senator Bong Go and her father, President Rodrigo Duterte.

In a letter to the editor sent to national broadsheet, The Philippine Star, Wednesday, October 27, Duterte-Carpio said she "deserves an apology" from the newspaper over the allegations made by Tulfo about a supposed “Plan C” for the 2022 elections.

Tulfo, in his October 26 "Sentinel" column, said that Sara will be running alongside former senator Ferdinand “Bongbong” Marcos Jr. to “upset” Go, who’s seeking the vice presidency, and “unsettle her father.”

The columnist also claimed that the mayor “expressed abhorrence over Go’s close bonding” with her father during her recent Cebu visit.

"Sara implied that even after getting elected senator, Bong Go continues to be ‘servile’ -- that’s not my choice of wording, but of my little birdies [news source] -- to Digong [Duterte]," Tulfo added.

He also claimed the presidential daughter said that "there’s nothing wrong with Bong being a servant to her father," "it’s just that she and her siblings can’t go directly to the President without passing through him."

The special envoy also claimed that there is "bad blood" between the President and the mayor.

He added, "Sara hasn’t gotten over her parents’ separation; she sides with her mother, Elizabeth Zimmerman, a Filipino-German who’s a former Philippine Airlines flight attendant."

Tulfo said the supposed “Plan C” also involved Duterte running for senator, while Go will join forces with Marcos to stop Sara “at all costs.”

Sara did not address the supposed Marcos-Go tandem, but said Tulfo’s other allegations were “either unimportant, given or another load of hogwash and untruths that we’ve all heard before.”

The mayor called the column "pure chismis" about her, Duterte, and Go.

"The article betrayed how The Philippine Star values its credibility and integrity as one of the country’s leading sources of news and information. At face value, it’s not very hard to know that Mr. Tulfo was peddling wild conjectures, lies, intrigues and chismis in this Plan C article, which entirely was based on hearsay," Duterte-Carpio said.

“Lastly, as the object of Mr. Tulfo’s journalistic irresponsibility, courtesy of The Philippine Star, I deserve an apology -- however, I am not expecting,” the mayor added.

“Sa aking karera sa pulitika, marami na ako nakasalamuha na lalaki na tulad ni Tulfo. Yung paningin sa mga babae ay hindi nag-iisip at ibinabase ang galaw at pananalita sa nararamdaman lamang. Mga lalaking bastos at mapanghusga (In my political career, I had encountered guys like Tulfo, who see women as irrational and based their actions and words on only what they feel. Guys like this are disrespectful and judgmental),” Duterte-Carpio said.

Tulfo has not issued any statement in response to the mayor’s statement.

He was appointed by the President on October 23, 2018 as the special envoy for public diplomacy to China. His term was extended for another six months on May 27, 2019.

However, as of February 24, 2021, he was unsure if he was still the special envoy to China. According to him, even though his term had already lapsed, his appointment was not revoked either.

Meanwhile, Duterte-Carpio already said in a previous statement that she had no grudges to Go, who is a long-time aide of the President since the latter was still Davao City mayor.