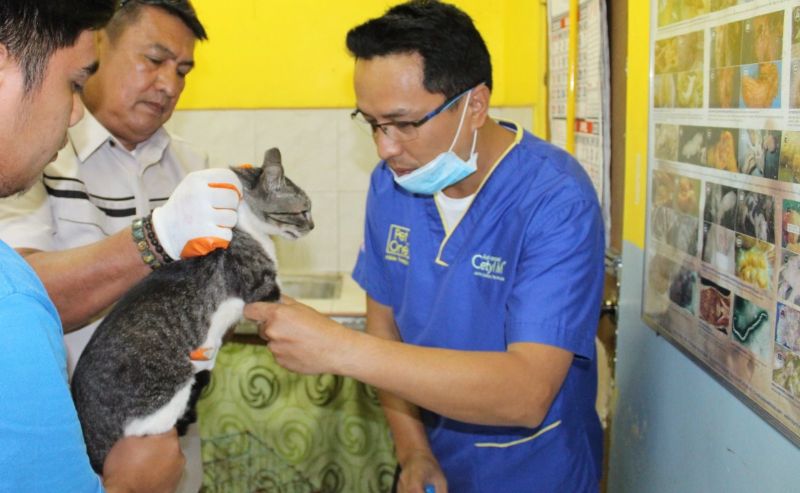 NEUTERING. The Clark International Airport Corp. with the help of the Angeles City Veterinary Office on Tuesday launched a trap-neuter-release (TNR) project for at least 15 stray cats. (CIAC-CCO)

THE Clark International Airport Corp. (CIAC), with the help of the Angeles City Veterinary Office, launched on Tuesday, October 26, a trap-neuter-release (TNR) project for at least 15 stray cats wandering around the corporate office building premises to help control their population and maintain their well-being.

“There’s an increasing number of cats here at the CIAC grounds and we want to make sure that they are healthy and will not pose a threat to employees and stakeholders. This (project) is to promote human health and safety as well as animal welfare,” said Irish “IC” Calaguas, CIAC vice president for operations who initiated the week-long project.

Calaguas, an animal lover and rescuer, added the captured cats will be spayed or neutered. Ear tipping will also be administered which is a sign of the universal neutered feral cat.

“I have instructed the security staff headed by Rey Nanquil to conduct an inventory of the stray cats and we’ll ensure an environment where these animals remain strays but will not be harmed and will survive,” she said.

A licensed veterinarian will administer the spaying or neutering of the animals and will be given an anti-rabies vaccination before being returned to the CIAC grounds, Calaguas noted.

The surgical procedures to be performed on the captured cats are expected to lengthen their life expectancies and help control their population.

It may be recalled that during the time of Aquino as the director general of the Philippine Drug Enforcement Agency (PDEA), about 30 cats and two dogs were also neutered and spayed at the PDEA National Headquarters through the supervision of Calaguas and the PDEA K9 Unit. (PR)