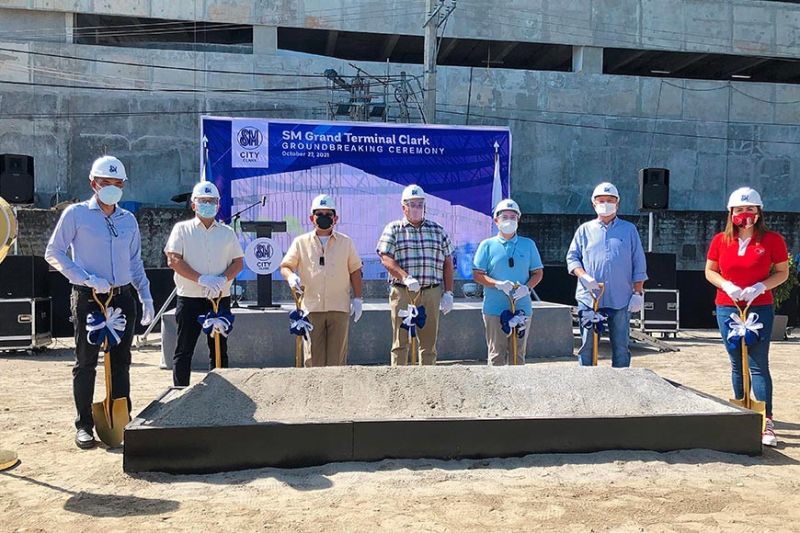 A GRAND intermodal terminal is set to rise within the SM City Clark complex.

The grand intermodal terminal sits on a 41,000-square-meter lot next to the soon-to-operate Malolos-Clark Railway Project.

"This new structure will accommodate upcoming demands brought about by the government's 'Build, Build, Build' project in the region such as the Clark PNR (Philippine National Railway), Clark International Airport expansion, and the New Clark City among others," SM Supermalls SVP Mateo said in his speech during the inauguration ceremonies.

"It also intends to provide a sufficient number of bases for all modes of transportation connecting all provinces in the north and NCR (National Capital Region) such as public utility vehicles, the bus rapid transport, shuttle services and taxis," he added.

Mateo said the grand terminal project will provide 1,000 job opportunities during construction and is expected to increase since the facility will also include the construction of office towers and other services required for the terminal.

Meanwhile, CDC Chairman Pamintuan said, "I am happy that we have finally started the construction of this terminal. It's going to be the transportation hub here in Central Luzon, and as they say, 'All roads lead to Clark.'"