Bold and Gold: How the past 50 years of Santos Land Development Corporation defined the now 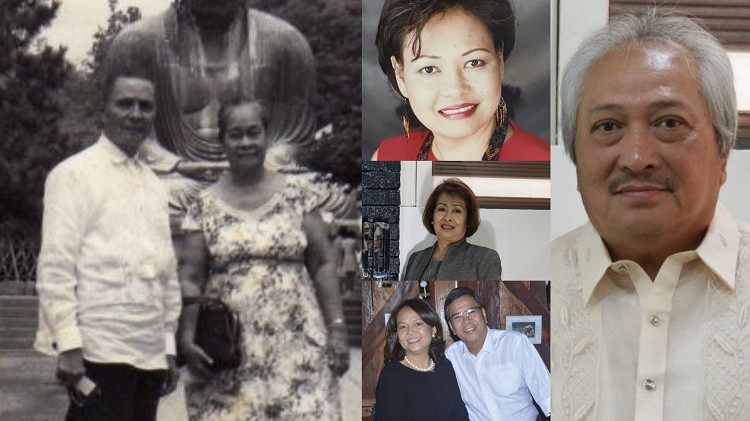 But before it became the successful and prestigious homegrown developer in Mindanao, Santos Land Development Corporation has gone through phases of challenges and setbacks. But through the years, the firm stood the challenges of time, proving that a local, homegrown business can rise above the tight competition in the market and survive the biggest crisis the world has faced yet.

SLDC President Antonio Nicolas Domingo said the company has a fair share of challenges and triumphs.

“But we are glad to reach another milestone with our golden anniversary in the business. But as the current president of SLDC, I can’t own all the credits of the success we have achieved,” he said.

Domingo added that he would like to share this milestone with the people behind Santos Land, especially its past presidents.

SLDC is a domestic corporation registered with the Securities & Exchange Commission on October 15, 1971 to engage in real estate development, subdivision, road construction and other infrastructure undertakings.

As its secondary purpose, it is also authorized to engage in agri-business ventures.

This company was organized by the second generation of the Santos Family, and from Davao Gulf Lumber, built by IIuminada Santos.

In the past interview, Domingo shared that the company did first cater government projects for road constructions and other government-initiated projects as a contractor.

It was only in the 1980s that the company jumped to developing housing projects, initially for low-cost housing. Its pilot project was Nova Tierra Village, which presently has three phases.

SLDC former president, Nelia D. Partoza, in a separate interview, said when she was the company’s top honcho from 1989 to 1996, they focused on low-cost housing.

“When I was president we were heavily on low-cost housing, to help fill up shortage in housing. We built and sold affordable housing to Dabawenyos,” she said.

Partoza added that while the demand for housing was huge, Santos Land heavily invested in land banking which was now developed and being developed for both horizontal and vertical projects.

Fast forward to the 2000s when Domingo came in as president, the company made a huge leap by also creating projects from mid-cost and even high-end housing projects.

“After the 1997 financial crisis, the company had to shift the market from low-cost to middle-income housing to recover from the losses the company has incurred, as well as to tap the emerging market of OFWs (overseas Filipin workers), and that was the time when I joined the company as President. God was so good that we were able to make the company grow. The company was reclassified by BIR (Bureau of Internal Revenue) as a large taxpayer in 2016, which is an indication that we have improved our operations and financials,” he said.

Domingo emphasized that leading the company where it is now is never easy. In the previous years, he said they encountered a major setback when they initially were not able to handle the high demand of their projects.

“When we had the Celerina project, we never expected it would sell fast, we were only thinking of P300 million at that time, but it doubled. So, we were not able to handle it as expected, so we had to slow down, which affected our sales,” Domingo said.

For the past 50 years, the company has gone through so many trials and difficulties, however, because of holding on to the company vision, mission and philosophy Santos Land was able to survive. One of the strengths of the company is to value family and the strong belief in the Almighty God, and its belief that man has worth and dignity.

“This Covid-19 crisis can be another test of the strength of the company. With the support of the board members, management and staff of the company, we survived and will continue to survive,” Domingo said.

SLDC marketing manager Estela Aguilos said the biggest contributions of Santos Land to Davao City and to Mindanao are job generation and an influx of investments.

“We offer and still offer permanent jobs to people. Permanent jobs create a sense of security enabling people to dream of a better life for their families. It has a multiplier effect to augment family income that enhances their way of living,” she said.

Aside from this, Aguilos noted that another big contribution the company gives to the city is the creation of safe communities conducive to building and nurturing families.

“In effect, real estate taxes and other business taxes paid by these people help the city to provide basic services. Santos Land contributes to the Gross Domestic Product of our country as a whole,” she added.

To sustain the gains and harness more opportunities, the company is gearing towards diversifying its business profiles while strengthening its real-estate and leasing operations.

Domingo underscored that they have started to diversify by creating Syntek Agri-bio, which is into egg production, and they are currently looking into other opportunities.

“The company has already grown bigger now since it started 50 years ago, we want Santos Land to be operating on a national level. I believe we can achieve it with continuous improvement in all aspects of the operation and most especially getting the right people to manage and lead the company,” he said.