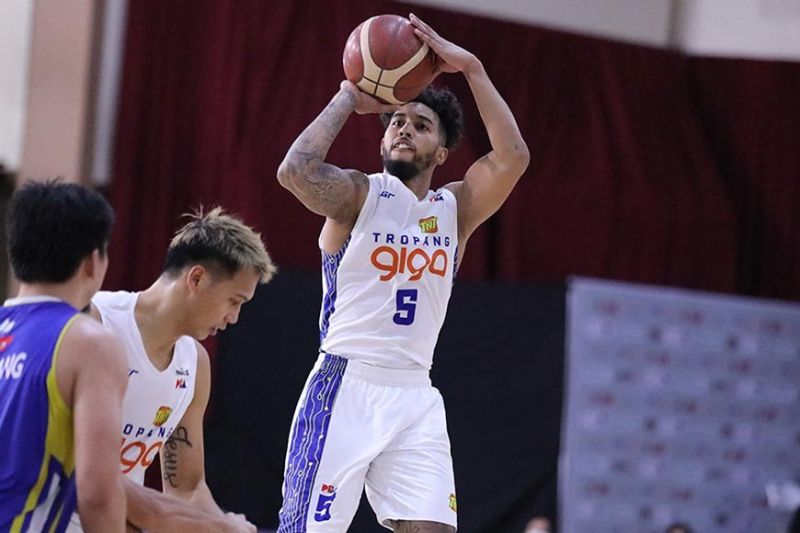 FOR a while, no rookie was handed the most valuable player (MVP) plum in the PBA.

But TNT Tropang Giga guard Mikey Williams broke that silence after winning his first-ever PBA championship and becoming the first rookie in a long while to be named Honda-PBA Press Corps finals MVP after steering the TnT Tropang Giga to the Philippine Cup crown Friday night, October 29, 2021, stunning the Magnolia Hotshots 94-79 at the Don Honorio Ventura State University Gym here in the culmination of the PBA Philippine Cup.

Williams' stats were beyond doubt: an average of 27.6 points, 5.2 rebounds, and 4.8 assists in the five-game finals, proof that he was indeed the best player of the series.

He became the first rookie to be named finals MVP after Brandon Cablay in 2003 and only the third freshman to pull off the feat first achieved by Danny Seigle in 1999.

Williams credited his teammates and the TnT coaching staff for helping him attain success early in his PBA career.

He stood his ground in the finals versus Magnolia for a record of 10 three-pointers in a 106-98 loss in Game 3 where he finished with a game-high of 39 points. In the series clincher, Williams had 24 points, four rebounds, and four assists. (JTD)