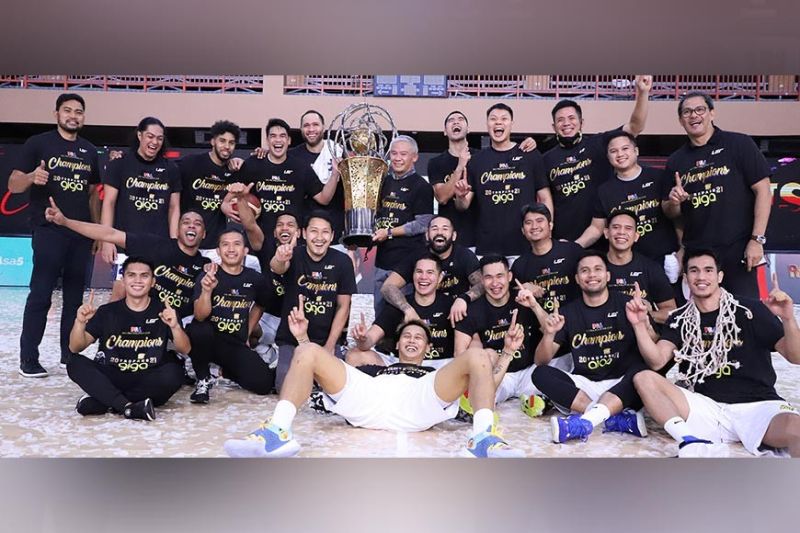 THE six-year title drought is over for the TNT Tropang Giga as they ruled the 2021 PBA Philippine Cup with a 94-79 drubbing of the Magnolia Hotshots Friday night, October 29, 2021, at the Don Honorio Ventura State University Gym in Bacolor town, Pampanga.

Tropang Giga has all the reasons to celebrate as it is now an eight-time PBA champ overall -- five of those title runs under a delighted and determined coach Chot Reyes, who dedicated his latest championship to his family, the owner and team management and the fans, and gave much of the credit to his players.

"I have to give it to these guys behind me. They put in all the effort. They stayed together through adversity. It's been a long journey and I'm proud of these guys," he said.

That long journey Reyes looks back to included the Tropang Giga taking Game 1 at 88-70, Game 2 at 105-93 and Game 4 at 106-89. That hardcourt trek in the Pampanga bubble marked a tie in the Hotshots' record as the second-winningest team in the all-Filipino with six championships.

The Hotshots trimmed the gap to 14 at the half, 33-47, on a counterattack highlighted by two triples and a twinner by Jerrick Ahanmisi on a perfect 3-of-3 clip.