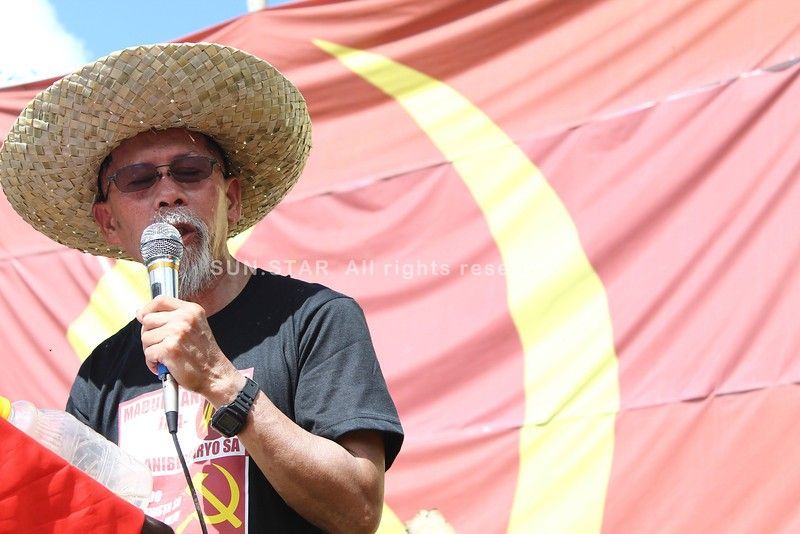 AGUSAN. In this file photo, Jorge "Ka Oris" Madlos, spokesperson of the National Democratic Front of the Philippines for Mindanao, told reporters who attended the 45th founding anniversary of the Communist Party of the Philippines somewhere in Agusan provinces that the New People's Army will intensify its offensives against government forces. (Anjo J. Bacarisas/SunStar File)

The AFP leadership said the death of Jorge Madlos, also known as “Ka Oris,” is a “major blow” to the communist group in Mindanao.

It said it will “usher eventual peace in the region.”

“The AFP calls on the remaining leaders and members of the communist armed movement, who have been misled to this senseless cause, to surrender and return to the fold of law and eventually join the path towards peace and development in our country,” the AFP said in a statement.

Madlos was killed in a clash between government troops and NPA rebels around 11:30 a.m. Saturday, October 30, in a mountainous area in Barangay Dumalaguing in Impasugong town, Bukidnon.

Another rebel was killed during the firefight.

The clash happened after the military launched an operation in the area after receiving report that the terrorist group was conducting teach-ins and indoctrination in the said community.

Recovered from the site were an M14 rifle, one KG9 rifle, ammunition, various war materials and assorted belongings.

It said Madlos was “directly and indirectly” responsible for the death of soldiers and civilians for decades, as he perpetuated a violent armed struggle that struck terror to communities.

“His death will deter the activities and plans by the NPA for he can no longer direct the communist terrorists’ violent actions against our people,” the AFP said. (SunStar Philippines)