EXPLAINER: Councilors Hontiveros, Zafra cancel 'independence,' stay with Barug. To Comelec though, they're still party-less. Nov. 15 deadline is 'only for substitution.' 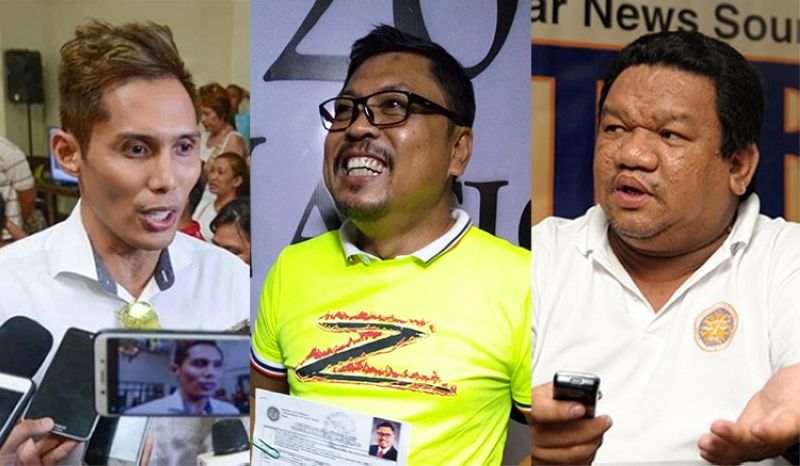 AT A GLANCE. Quick question: Can two city councilors -- who seceded from a local political party and affirmed being "independent" in their certificates of candidacy or COCs -- later change their mind and decide to return as members and official candidates of that party in the 2022 elections?

Quick answer: Yes, they can do so, since party rules and party leaders allow it. But "as far is the Comelec is concerned," they retain the category of "independent" or party-less candidates.

WHAT HAPPENED BEFORE. Cebu City Councilors Donaldo "Dondon" Hontiveros and Phillip Zafra -- both members of Partido Barug -- had publicly declared they were "independent" of the party under which they won in 2019.

Both posted last September 4, 15 minutes apart, the "declaration of independence" on their Facebook pages, followed by statements to the news media, and on October 8, they officially affirmed it in the certificate of candidacy (COC) they filed to seek reelection.

WHAT JUST HAPPENED. Last Sunday, October 31, in a joint statement, Zafra and Hontiveros said they "acceded to the call of BRY. LEADERS AND SUPPORTERS (capitalized in the statement)" for them not to leave their party."

They said the leaders and supporters cited "the importance of party oneness and unity" towards "rebuilding the city amid the pandemic." They can still be independent, the councilors said, "while taking an active role as members of our Partido Barug." In effect, they will be "independent" members of Barug.

[1] They didn't file a letter or resignation and never went out of the party. They participated in Barug's recent major events, such as the presentation of candidates last October 5 and the group filing of COCs last October 8. They were still with Barug, even though Dondon draped the official campaign t-shirt on his shoulder and the duo, when asked by reporters if they were still Barug, quickly answered, "Independent."

[2] They are included in Barug's official slate of candidates, with the description "guest candidates" conspicuously absent. And, most noticeable to the public, they've been rooting for the Mike Rama-Raymond Alvin Garcia tandem.

SIDE EFFECTS OF COMELEC RULE. Can Hontiveros and Zafra, with Partido Barug approval and endorsement, not change the category "independent" in their COCs to "Barug-PDP-Laban"? (PDP-Laban is Barug's national party of choice.)

The more obvious side effect on the party is that if and when Hontiveros's or Zafra's post becomes permanently vacant before the term expires, Barug-PDP Laban cannot nominate the successor, as it did when James Cuenco filled his father Antonio Cuenco's Sanggunian seat last September 15, 2020. In a Sanggunian where a party's dominance hangs by a vote or two, succession can be crucial. (The older Cuenco died June 27, 2020 "due to complications from Covid-19.")

The more immediate and recent side effect was that other City Council aspirants allied to, or supporting Barug, had to run as non-Barug, outside the party slate, even as the same party took in guest candidates Hontiveros and Zafra.

An example, in the south, Hontiveros's and Zafra's district: Simeon Romarate and Gikon Crystal carry Panaghiusa as candidates for councilor when as nominees of a party that coalesced with Barug, they could've been taken in as official Barug candidates in lieu of Dondon and Phillip. Barug is known to have joined forces with Kusug and Panaghiusa.

Barug unavoidably had to consider that Hontiveros (topnotcher in the 2019 City Council race) and Zafra (a veteran in the campaign trail) are better known and presumable better vote-getters than any two newbies.

QUICK HINGES. The Hontiveros-Zafra case muddles many people's understanding of "independent," as the word must now mean two things: one meaning to the politicians and the political party; another meaning to Comelec, the election regulators.

Obviously, it must further devalue membership to a party, whose doors, it seems, can swing on quick and easy hinges, depending on personal convenience or party interest.