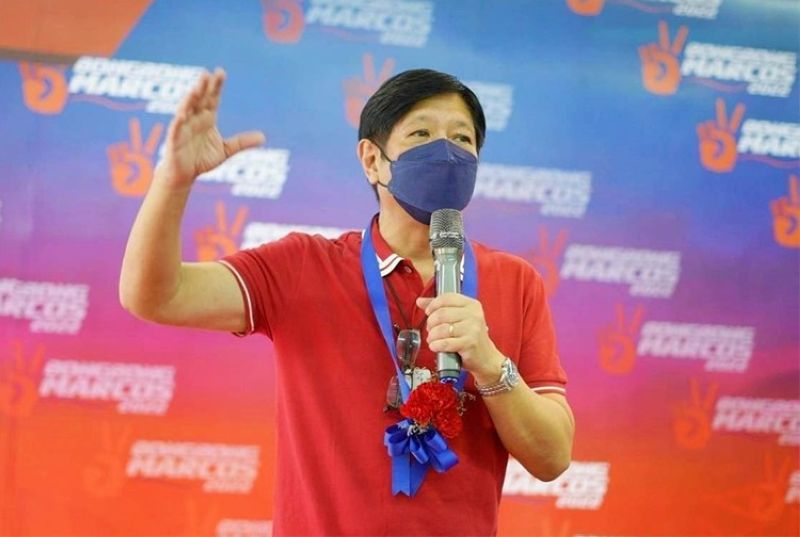 CIVIC leaders filed on Tuesday, November 2, a petition to cancel or deny due course the certificate of candidacy (COC) of presidential aspirant Ferdinand “Bongbong” Marcos Jr.

The petition, received by the Commission on Elections (Comelec) Tuesday, stated that Marcos’s COC contains “multiple false material representations,” which is ground for the cancellation of his COC.

Section 78 of the Omnibus Election Code states that “a verified petition seeking to deny due course or to cancel a certificate of candidacy may be filed by the person exclusively on the ground that any material representation contained therein as required under Section 74 hereof is false.”

The petitioners said Marcos falsified his COC when he claimed that he was eligible to run for president in the 2022 elections “when in fact he is disqualified from doing so.”

They said in a statement sent Tuesday that Marcos is not eligible to run for president and any public office, “as he is plainly a convicted criminal.”

The petitioners were referring to the Quezon City Regional Trial Court’s decision issued on July 27, 1995 that convicted Marcos for his failure to file income tax returns.

“This conviction was upheld by the Court of Appeals and no longer appeals to the Supreme Court, thereby becoming a final and unappealable conviction,” the civic leaders said.

“Having been convicted by final judgment of a violation of the National Internal Revenue Code (NIRC), Marcos is perpetually disqualified from holding any public office, to vote and to participate in any elections as mandated under the NIRC,” the statement added.

The petitioners stressed that the crimes for which Marcos was convicted by final judgment are also crimes involving moral turpitude.

"In fact, the assertions made by respondent Marcos Jr. in the subject COC are not only false, they are even perjurious -- another crime involving moral turpitude,” the petition stated.

“The misrepresentation made by Marcos Jr. is apparent and cannot be denied herein and should warrant the cancellation of the subject COC,” it added.

Marcos’s camp has yet to respond to the petition filed by Fr. Christian Buenafe of the Task Force Detainees, Fides Lim of Kapatid, Ma Edeliza Hernandez of the Medical Action Group, Celia Lagman Sevilla of the Families of Victims of Involuntary Disappearance, Roland Vibal of the Philippine Alliance of Human Rights, and Josephine Lascano of Balay Rehabilitation Center.