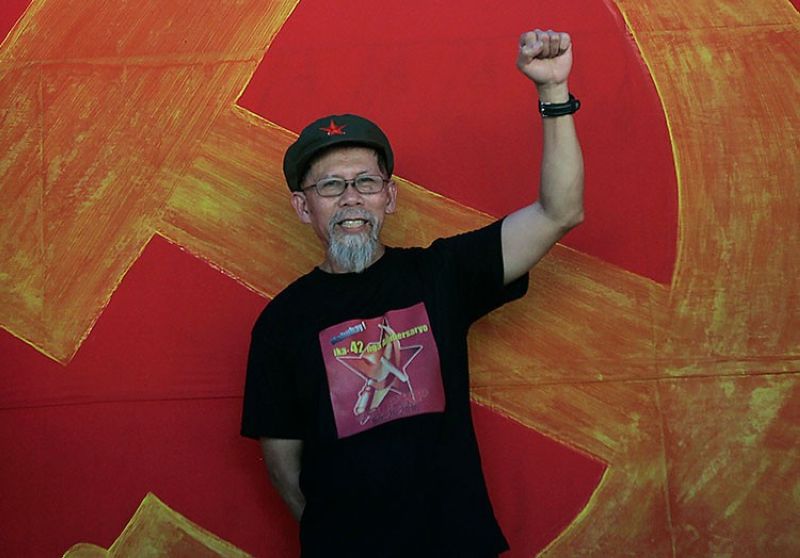 MINDANAO. Communist rebel Jorge Madlos poses for photos during the celebration of the 42nd anniversary of the Communist Party of the Philippines on December 26, 2010, at Mt. Diwata in the southern Philippines. (AP)

THE remains of Communist Party of the Philippines (CPP) key leader Jorge “Ka Oris” Madlos and his companion were cremated after they tested positive for coronavirus, the Philippine Army said Wednesday, November 3, 2021.

Major General Romeo Brawner Jr., commander of the 4th Infantry Division, said the remains of Madlos and his aide, Eighfel Dela Peña, were turned over to the Criminal Investigation and Detection Group (CIDG) and the local government units of Impasugong town in Bukidnon on Tuesday, November 2, as they are the responsible agencies for the proper disposition of the remains in accordance with the Covid-19 protocols and guidelines.

Madlos and Dela Peña were killed in an encounter with the military on October 31.

As a matter of protocols, before extracting the remains of the killed, arrested or surrendered rebels, they have to undergo first an RT-PCR testing.

Brawner said it was the Philippine Red Cross who conducted the RT-PCR testing on the two remains.

“The remains of Madlos and Dela Peña were cremated last night based on the decision of the IATF (Inter-Agency Task Force) and in accordance with the existing Covid-19 protocols,” said Brawner.

“It is in our sincerest desire that the remains will be laid to rest and the families can mourn the passing of their loved ones. After all, even as enemies of the state, they are Filipinos and deserve to have decent burials. On the other hand, I urge the remaining CTG (communist-terrorist group) members to finally realize the futility of their armed struggle and put down their arms. In the meantime, we will further intensify and relentlessly implement our focused military operations to go after the remnants of the group of Ka Oris,” he added.

Madlos was the commander of the NPA’s national operations command and spokesperson of the National Democratic Front in Mindanao. He had standing criminal charges for murder, multiple murders with double frustrated murder, robbery with double homicide and damage to properties.

The CPP earlier belied the claims of the military that Madlos and his companion were killed in a firefight.

The group said they were ambushed while the two were on their way to a hospital to seek medical assistance.

The Armed Forces of the Philippines (AFP), however, denied the CPP claim and maintained their commitment in adhering to the International Humanitarian Law. (SunStar Philippines)