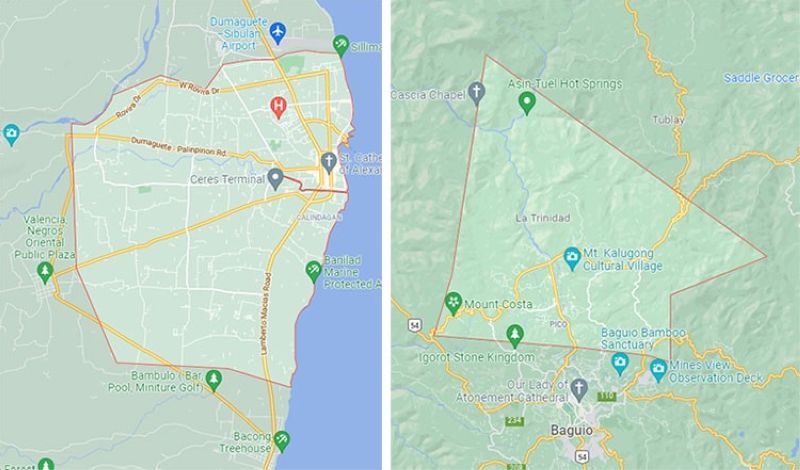 These areas had an average daily cases of 21 and 23, respectively, based on data gathered from October 27 to November 2.

The HCUR in these areas also remained at 81 percent, while all intensive care units (ICU) in La Trinidad were 100 percent occupied.

The ICU occupancy rate in Dumaguete was at 84 percent. 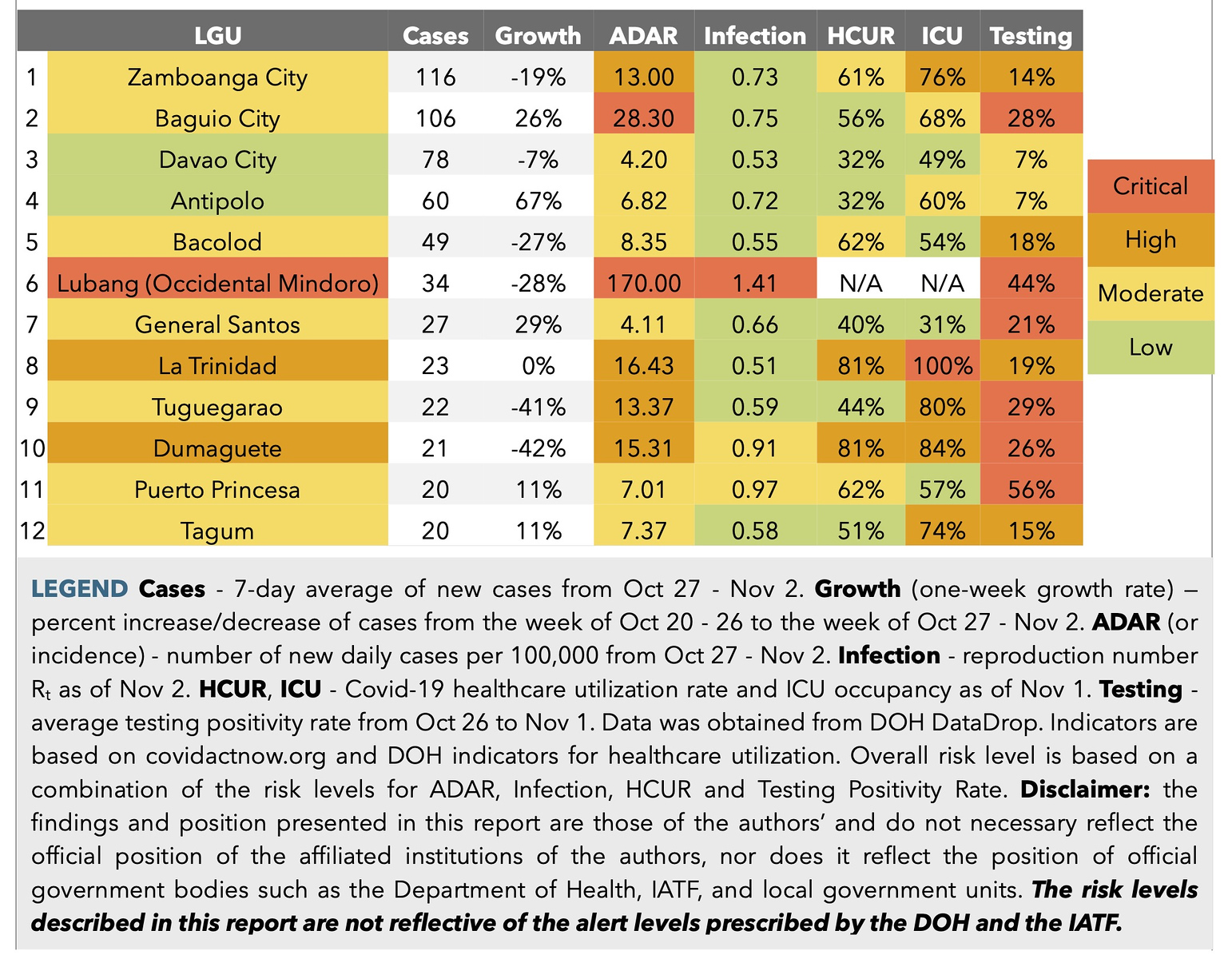 The research group noted, however, that the Covid-19 outbreak in Lubang may have peaked already.

It said Lubang had an Adar of 170, while the infection or reproduction number as of November 2 stood at 1.41.

About 44 percent of the samples tested in the town from October 26 to November 1 have also yielded positive results.

Davao City and Antipolo have already been classified as "low risk" for Covid-19, while the cities of Zamboanga, Baguio, Bacolod, General Santos, Tuguegarao, Puerto Princesa and Tagum were at "moderate risk."

Octa said the indicators in its report were based on covidactnow.org and the Department of Health indicators for healthcare utilization.

The overall risk is based on a combination of the risk levels for Adar, infection, HCUR and testing positivity rate, it added. (SunStar Philippines)