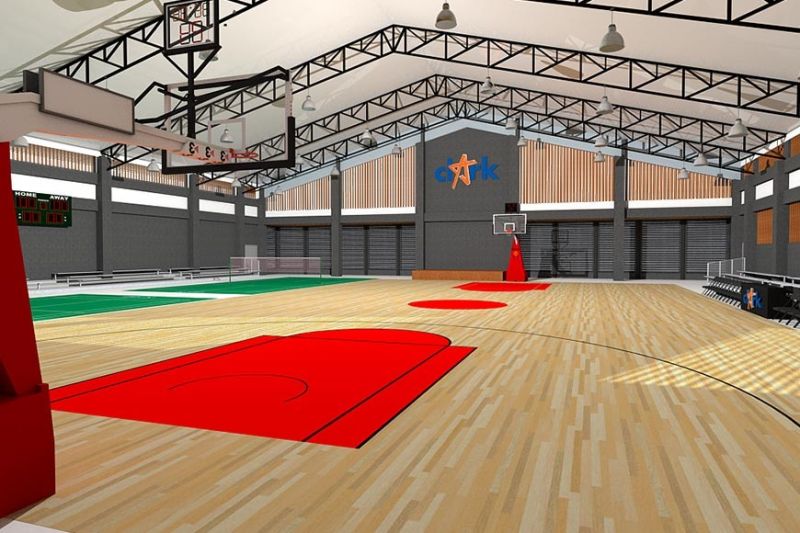 CDC SPORTS CENTER. The Clark Development Corporation will soon have its own sports center that will host international events such as basketball, volleyball, and other popular sporting events. (Contributed photo)

THE need to have sporting events in a full bubble set-up gets a boost as the Freeport here may soon have its own sports center that would host international events such as basketball, volleyball, and other popular sporting events.

Clark Development Corporation (CDC) is set to bid out the construction of P 39-million Sports and Wellness Center. It is an offshoot of the bubble tournaments of the PBA for two consecutive seasons.

CDC President Manuel Gaerlan made the announcement during the Balitaan, a weekly media forum of the Capampangan In Media Inc in cooperation with CDC at the Bale Balita inside Clark Freeport.

He said the new facility is a priority project and is already slated for public bidding. It is set for completion by early next year.

“This is actually a request of employees and this is also in response to the experience where PBA games won’t have to take place outside Clark where players are usually billeted,” Gaerlan said.

“It is going to have international standards for indoor sports and events,” he added.

In October last year, the Freeport here was home to players of the PBA 45th season where games were held at the AUF Sports and Cultural Center. The same arrangements were followed in the FIBA Asia Qualifiers Cup in June this year where Clark hosted Gilas Pilipinas and teams from China, Chinese Taipei, Indonesia, Japan, Malaysia, South Korea and Thailand.

For the Philippine Cup in PBA’s 46th season, some teams opted to book hotels outside Clark as games were held in Don Honorio Ventura State University in Bacolor, Pampanga.

The planned sports facility will also have commercial components for food and beverage, merchandise and souvenir items. (NGT)