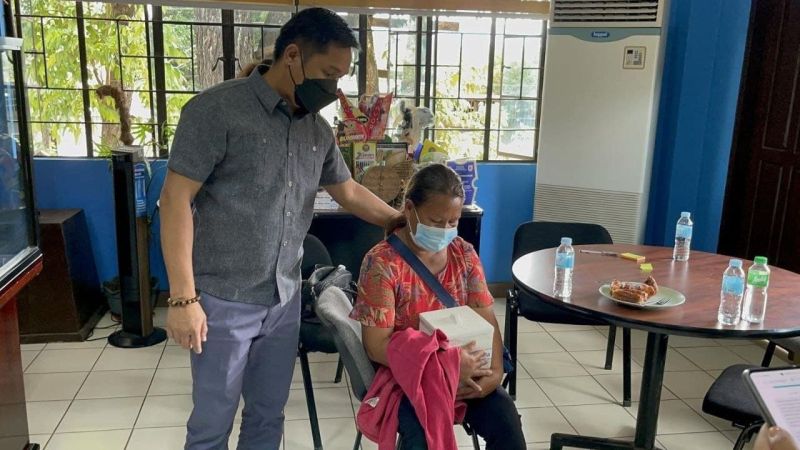 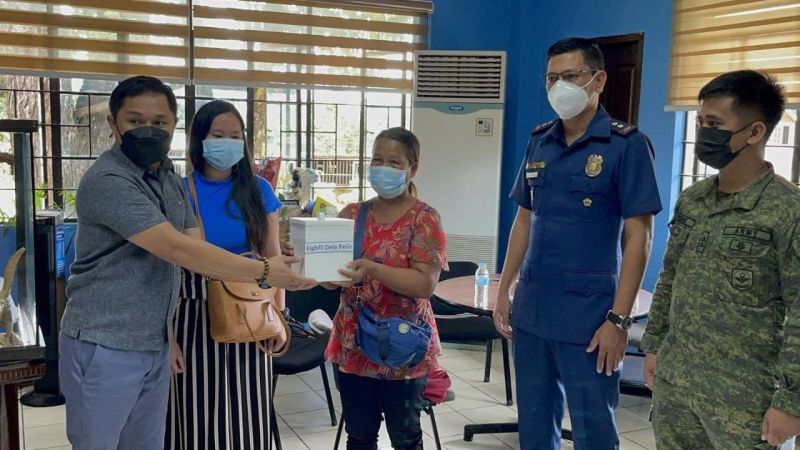 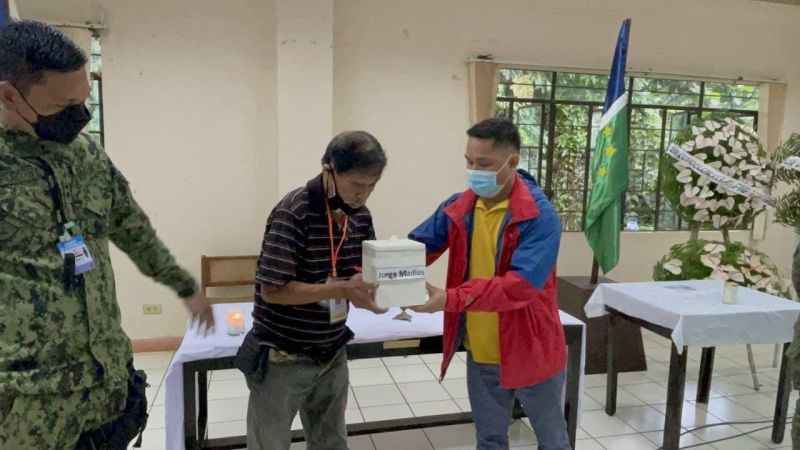 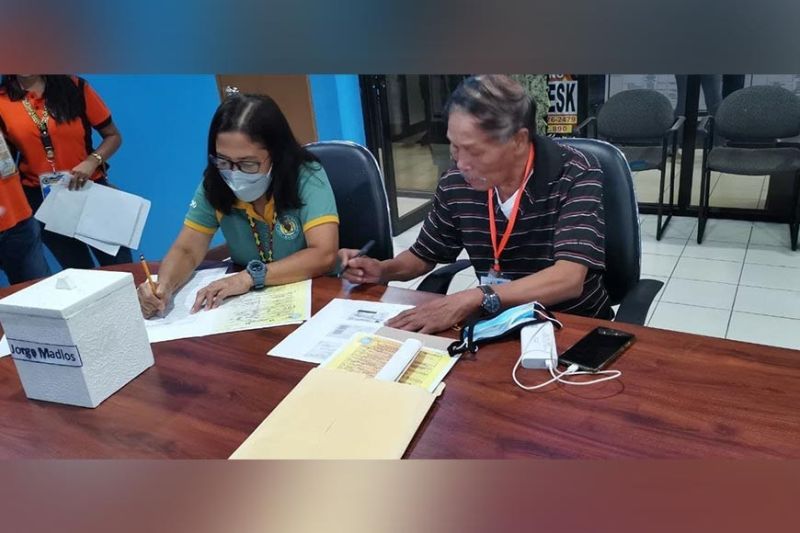 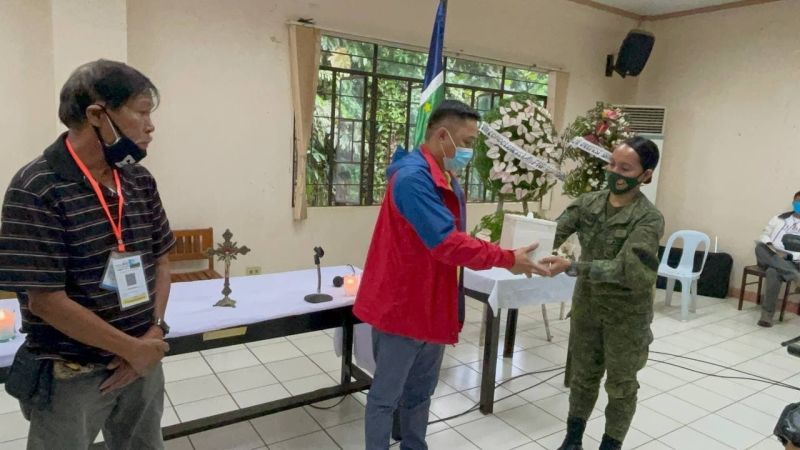 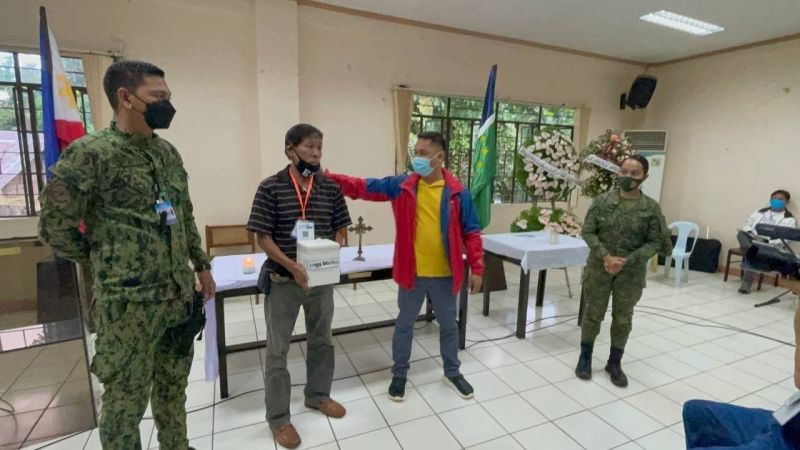 THE remains of Communist Party of the Philippines-New People's Army (CPP-NPA) leader Jorge "Ka Oris" Madlos were turned over to his family Tuesday, November 9, at the municipal hall of Impasugong, Bukidnon.

Impasugong Municipal Mayor Anthony Uy formally turned over the cremated remains of Madlos to his younger brother, Rito Madlos, who traveled all the way from Surigao City early dawn on Tuesday.

Before the turnover, the local government unit of Impasugong offered a mass for the eternal repose of the soul of Madlos and provided cash aid.

Uy expressed his sympathy to the Madlos family, stressing that human beings have their own choices and deserved to be prayed for when they pass away even for the most wanted NPA Commander Ka Oris.

Rito, for his part, expressed his gratitude to the local government unit of Impasugong and the Philippine Army for the proper treatment, warm welcome and facilitating the said ceremonial turnover.

He added that he had mixed emotions on the death of his older brother Jorge whom he saw for the last time last 2014.

“We already offered his life to the God Almighty. His time is up. We cannot deny that he is a fugitive. I say this in fairness to everyone, in fairness to your service, pasalamat ako gihapon kay luyo sa iyang pagka-fugitive, inyu gihatagan sya ug serbisyo na di nakita sa among pamliya," Rito said.

"On behalf of Madlos family of Surigao del Norte and so with my family affiliates in Surigao, I am very thankful to all these efforts that you showed to us, salamat salamat kaayu ninyo," he added.

The local governmnet unti facilitated the processing and release of the death certificate to Rito Madlos, while the certificate of the cremation and authority to cremate is made available upon request.

Dela Peña’s remains were brought to her hometown in San Luis, Agusan del Sur. The local government unit of Impasugong provided cash assistance and two sacks of rice to the Dela Peña family.

Brawner said that with the cremated remains of Jorge and Eighfel finally turned over to their respective families, he hoped it will put closure on issues raised on their deaths and let them rest in peace.

“Once again, our sincerest condolences to the bereaved families of Jorge Madlos and Eighfel Dela Peña. True to our commitment in respecting human rights consistent with the rule of law and in abiding with the existing Covid-19 protocols and guidelines, the remains were now properly turned-over to their respective families," Brawner said.

"Though your AFP claimed victory and that justice has been served for the people, we offer our prayers to them, may their souls rest in peace," he added.

He also urged the CPP-NPA-NDF to stop saving face and create lies to deceive the people, instead they must own to their sins and hold their leaders and members accountable and responsible for all the crimes and injustices they have committed for the longest time against our people.

“We are confident that the Madlos and Dela Pena families will not allow the remains of their loved ones be used and dragged by the CPP-NPA-NDF’s propaganda. We appeal to them to let Jorge Madlos and Eighfel Dela Peña finally rest in peace. Your 4ID will now move forward. We need to push further, there is still so much work that needs to be done. We shall continue to focus on the most important and still daunting task ahead, the end-game of the local communist armed conflict," Brawner said.