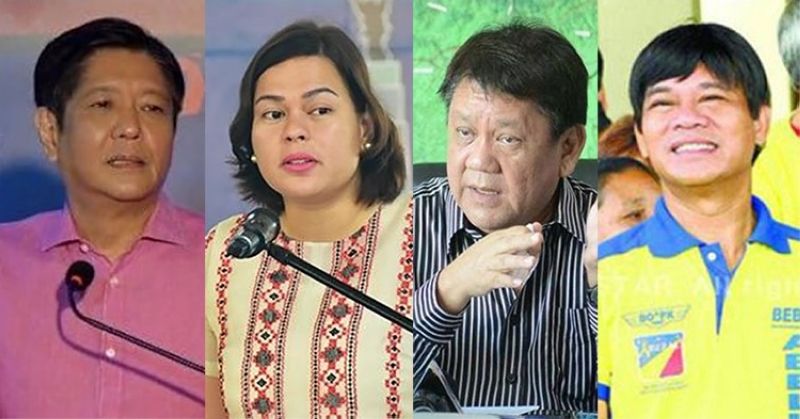 ONE after the other, these happened Saturday, November 13, two days before the deadline for substitution of candidates:

The final pieces were falling into place even as some people wondered how they could still fall for a false political narrative being spun.

The "drama" followed a script that obviously took months of planning and a lot of "improv" acting: the "family quarrel," the Bato-and-Bong show, and the coincidental meetings by the principal actors.

No explanation was given when the substitution of former mayor and BOPK chief Tomas Osmeña, as the party's candidate for congressman in Cebu City south, by BG Rodrigo Abellanosa was done Friday, November 12. None was required by Comelec but the public wanted to know.

Bzzzzz got one explanation -- to appease Kong Bebot -- which tends to confirm the reported initial reaction of Kong Bebot to his having been sideswiped from the mayor's slot in BOPK and replaced by Tomas's wife Margot during the COC-filing period.

Apparently, Bebot had continued to complain or show signs of his displeasure, which could threaten party unity and chances of Margot, Tomas and other bets. Thus, the "accommodation" just before substitution deadline.

WHO'S BG RODRIGO? He is one of two children by Kong Bebot; the other is Angee Vianne.

He has done little or none in the field of public service, much less in legislative experience. A "Politiko Visayas" story published May 27, 2018 said the congressman was "almost late" when he attended his son's graduation of a master's degree at Ateneo de Manila. Bzzzzz reported on October 7, 2019 the talk that Kong Bebot was grooming a son for the seat he'd vacate on June 30, 2022.

If BG would win, he'd fulfill his dad's dream then. But, like his dad, shouldn't BG have warmed up first for Congress by local legislative practice or executive duties in an LGU? Kong Bebot was a three-term Cebu City councilor, for nine years from 2004 to 2013, and a barangay captain for 10 years, from 1994 to 2004.

Two explanations surfaced on the Samsam Gullas-Rhea Gullas switch, with the husband seeking reelection as mayor and the wife running for congresswoman:

One, offered by Talisay City Mayor Gerald Anthony, says his wife Rhea had been subjected to "personal attacks" by her opponents and he pitied her. The shift to the congressional slot would spare her that.

Two, raised by some watchers of the political scene in Talisay City, says the switch would still assure the Gullas family of one win (the House seat for Cebu's first district) and increase the chances to retain City Hall. Samsam could focus on the mayorship fight instead of just coaching his wife during the campaign. Now, with the switch, it would be Rhea helping him but not doing the actual battle. Besides, Rhea was allegedly doing poorly in surveys.

Which is correct? Vice Mayor Allan Bucao, the vice mayor competing with the Gullases for the mayor's seat, denied he had ever engaged in a dirty offensive against the couple. As to the talk that Rhea has had low survey ratings, which prompted the switch, Samsam said that is not true, citing his own figures.

Allegations and denials that still have to be, and may never be, independently confirmed.