Duterte-Carpio: Nothing to hide in Davao City 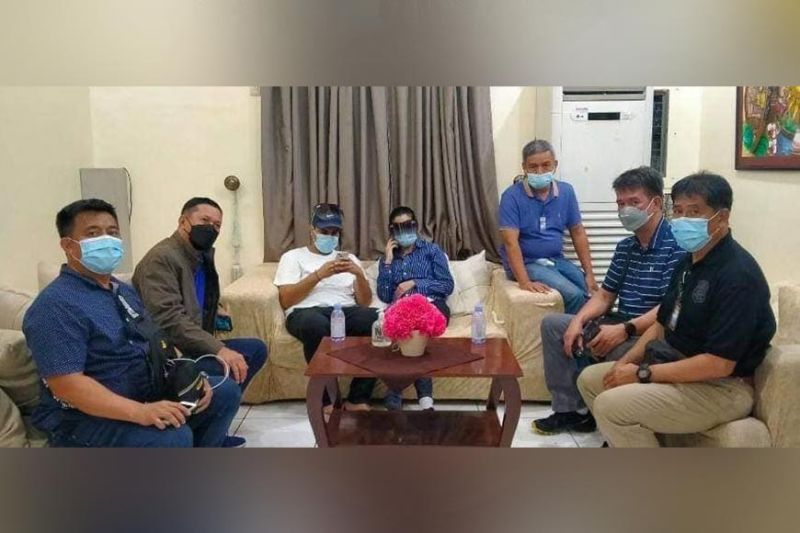 In a report from Radyo Pilipinas, the Office of the Senate Sergeant-at-Arms (OSAA) arrested siblings Mohit and Twinkle Dargani, who are Pharmally's high-ranking officials.

Mohit is Pharmally's corporate secretary and treasurer, while Twinkle serves as president.

Senate Sergeant-at-Arms Rene Samonte said the Darganis were apprehended at 5 p.m. while onboard a private plane prior to their departure for Kuala Lumpur, Malaysia. They are now under custody at the Senate in Pasay City.

When asked for reaction during her regular radio interview on Monday, November 15, Duterte-Carpio said the arrest of the two company executives in the city proves that the City Government does not interfere with the actions of any branches of the government.

"I do not think nga naa siya'y epekto sa atoang (that it will affect the) good reputation sa (of the) city because it only shows na (that) we are open. Ang atoang siyudad dili sarado sa mga kinahanglan buhaton sa atong gobyerno (Our city is not closed to any actions of our government), whether it is from the judiciary, legislative, or the executive branches of the government," the mayor said in an interview on 87.5 FM Davao City Disaster Radio.

"Dapat gani nga suportahan nato ang trabaho sa atoang gobyerno (In fact, we should support the works of the government). We have nothing to hide here in Davao City," she added.

The mayor also said that "Dabawenyos are appreciative of the efforts of all branches of government."

Duterte-Carpio made the comment after her father, President Rodrigo Duterte, has a close relation with its former economic adviser Michael Yang, who also has links to Pharmally.

Pharmally is in the middle of a controversy in relation to its multibillion-peso pandemic contracts with the government.

According to reports, the company got P8.68 billion worth of contracts -- the biggest among pandemic suppliers -- despite having a small capital and being the least qualified.

The Darganis were cited in contempt by senators last October 19 for refusing to submit subpoena financial documents related to the Senate Blue Ribbon Committee probe on alleged irregularities in the procurement of pandemic response supplies.

The Senate issued arrest orders for the two on October 19 after they refused to submit documents related to Pharmally's financial dealings.

Duterte had also been vocal on his tirades against Senate officials who led the committee hearing on the transaction between the government and Pharmally. (With reports from SunStar Philippines and Radyo Pilipinas)