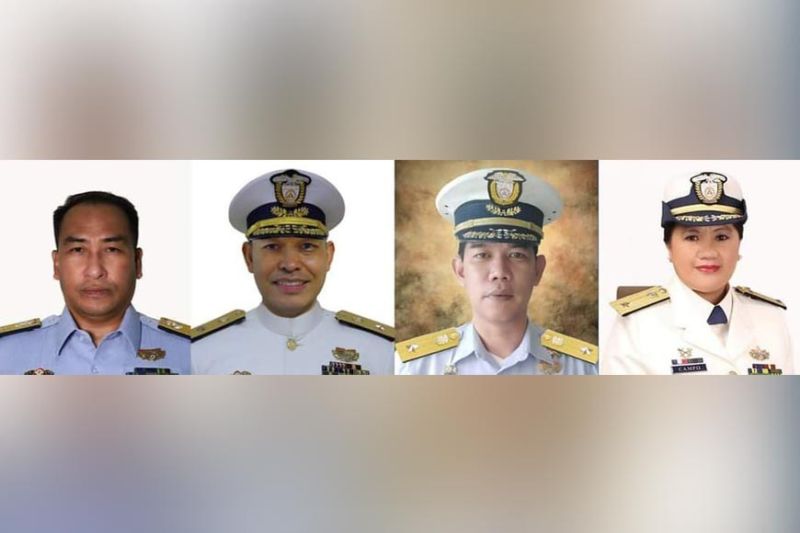 He hailed from Legazpi City, Albay and was part of the Philippine Military Academy (PMA) Class of 1992.

Lopez graduated from the World Maritime University (WMU) in Malmo, Sweden with a major in Integrated Coastal and Ocean Management in 2007.

Fabul, who is from Buhi, Camarines Sur, graduated from the PMA in 1992 and earned his Master of Science in Maritime Affairs specializing in Maritime Safety and Environmental Protection at the WMU in 2004.

He was assigned as the commander of PCG Stations in Bacolod City, Caticlan and Dumaguit in Aklan, as well as in Basco, Batanes.

He is also a holder of "Command at Sea Badge" for serving as commanding officer of three PCG capital ships.

Meanwhile, Silva-Campo is a native of Digos City, Davao del Sur who earned her master's degree major in Law and Policy at the WMU in 2009.

She is the first female flag rank officer from the Davao region and the entire Mindanao, as well as the first PCG female general line officer to be promoted to commodore.

Before her present assignment, she served as commander of the Coast Guard Internal Audit Service and was designated as the Deputy Chief of Coast Guard Staff for Education and Training.

From March 2016 to June 2019, CG Commodore Silva-Campo was deployed as the country's representative in the Regional Cooperation Agreement on Combating Piracy and Armed Robbery Against Ships in Asia-Information Sharing Centre, a government international organization based in Singapore.

They will take oath to Tugade next week. Their arrival honors and breaking of personal flags ceremonies will ensue thereafter. (PR)