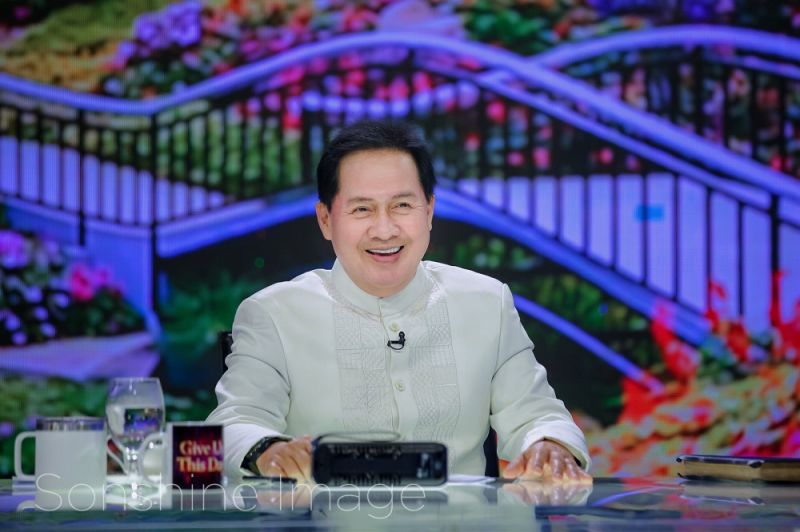 A CONGRESSIONAL aspirant in Davao City is urging the Philippine government to "initiate its own investigation" on the reported filing of sex trafficking charges by the United States (US) Department of Justice against religious leader Apollo C. Quiboloy and others.

"Regarding the reported filing of sex trafficking charges by the US Department of Justice against Apollo C. Quiboloy and others, the Philippine government should initiate its own investigation to ascertain if our own laws on human trafficking and violence against women and children were broken," Maria Victoria Maglana, who is running for the city’s First District congressional seat, said in a statement on Friday, November 19.

She said, "Legislators may want to inquire on the status of implementation of RA 9208 (Anti-Trafficking in Persons Act) and RA 7877 (Anti-Sexual Harassment Act), among others, to ensure that these laws are applied regardless of who is involved."

Maglana said the country also has an extradition treaty with the US for criminal acts.

"Following this, the Philippine should cooperate to ensure that Mr. Quiboloy is extradited and stand trial in the US for the charges against him," she said.

"The people of Davao will take a strong interest in ensuring that justice is served to the women and minors who were reportedly coerced into having sexual acts with Mr. Quiboloy. We have our own local legislation against human trafficking and sexual harassment and should endeavor to have them consistently applied," she added.

According to lawphil.net, an extradition treaty is "an international agreement in which the Requested State agrees, at the request of the Requesting State and under specified conditions, to turn over persons who are within its jurisdiction and who are charged with crimes against, or are fugitives from, the Requesting State."

Quiboloy's indictment case is an "opportunity to do right by our women and girls and uphold rule of law,” Maglana said.

Quiboloy, Kingdom of Jesus Christ (KJC) founder, was charged with having sex with women and underage girls who faced threats of abuse and “eternal damnation” unless they catered to the self-proclaimed “son of God," federal prosecutors in the United States announced Thursday, November 18, 2021.

The religious leader and two of his top administrators are among nine people named in a superseding indictment returned by a federal grand jury last week and unsealed on Thursday. The indictment includes three Los Angeles-based administrators of Quiboloy's church who were charged last year. The new indictment also names a church administrator in Hawaii.

The pastor's camp said in a press statement issued on SMNI News Friday afternoon, November 19, that the sex trafficking charges are "another vicious attempt" to discredit the pastor.

"Once again, another vicious attempt to bring down Pastor Apollo C. Quiboloy and some of the Kingdom leaders has been organized just recently in the United States," the KJC Legal Counsel said.

The church backed the 2016 candidacy of Philippine President Rodrigo Duterte, a close friend of Quiboloy. Duterte used the group’s radio and TV program in southern Davao city to express his views on issues way back when he was mayor of the southern port city.

Quiboloy claims to be “the appointed son of God” and in 2019 claimed he stopped a major earthquake from hitting the southern Philippines.