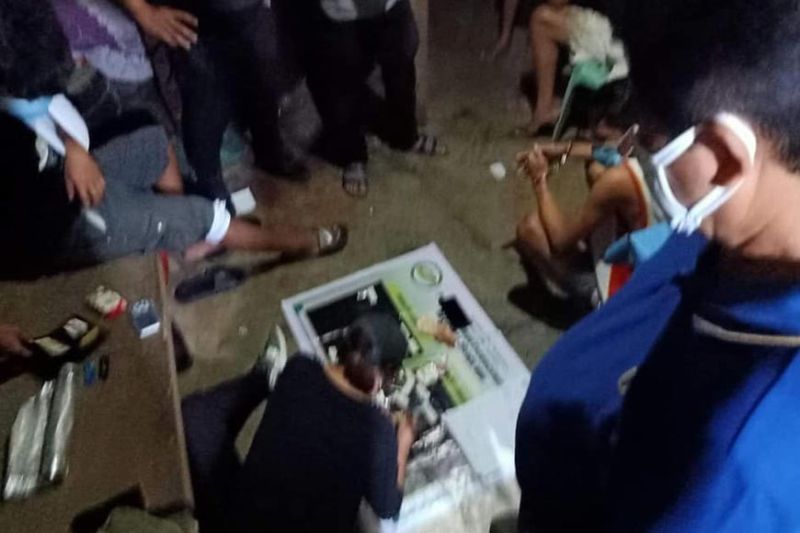 On Friday, November 19, 2021, authorities collared the alleged drug den maintainer and his cohort in Barangay 8, Tacloban.

They were identified as Salvatierra Egypto and Kerwin Ribo.

Confiscated during the operation were three sachets of suspected shabu weighing 12.4409 grams with an estimated market value of P84,500, buy-bust money, and various drug paraphernalia.

Operatives dismantled another drug den in Poblacion District 2 in Julita on November 18.

The suspects were identified as Karl Winston Daya, Durana, maintainer, together with visitors Alfredo Morte and Benjie Gastalla.

According to PDEA, they confiscated nine sachets believed to be containing shabu weighing 11.2718 grams with an estimated market value of P76,600, buy-bust money, and various drug paraphernalia.

The suspects were detained temporarily at the PDEA-Eastern Visayas detention facility while awaiting their cases for violation of Article II of Republic Act 9165, otherwise known as the Comprehensive Dangerous Drugs Act of 2002. (SunStar Philippines)