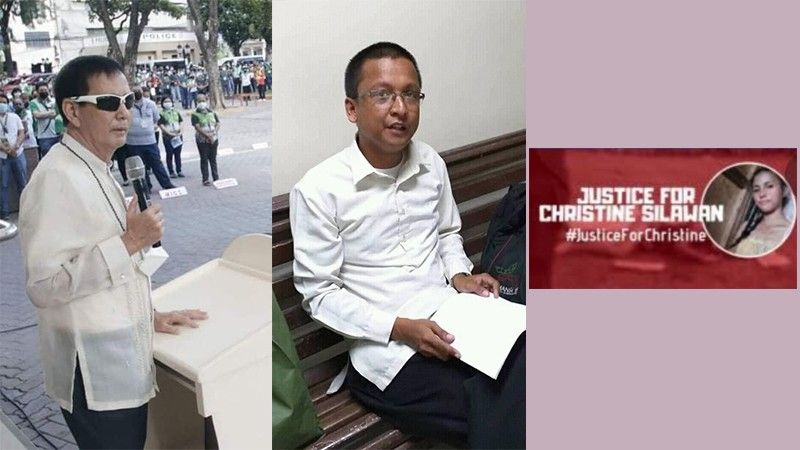 'By operation of law'

AT THE flag ceremony Monday, November 22, on Cebu City Hall ground, Mayor Michael Rama answered criticisms in the internet about the haste in the vice mayor's and Councilor Donaldo "Dondon" Hontiveros's assumption of office.

A breach of the traditional Filipino respect for the dead. "Don't take over yet, have some respect for the person in the coffin" -- or so went the line in some critical comments in social media.

True, the succession was automatic, "by operation law." At no time -- even after Mayor Edgardo Labella died on November 19 and Vice Mayor Rama was on leave -- was there a vacuum of leadership. There was an acting mayor, Councilor Dondon Hontiveros, with an acting vice mayor, Councilor David Tumulak. City Hall leadership was not vacant. It was not without its top two officials.

The City had a mayor and a vice mayor. Besides, since Rama and Hontiveros were considered to have succeeded automatically, the absence of formal oath-taking would not, and did not, affect the mechanism of succession.

What Mike Rama apparently wanted was to tell the public, the city residents, that City Hall continued to operate and was not disrupted by the mayor's death. Continuity, amid a collective and personal loss. The symbolism, the messaging was important during the transition.

Mayor Rama made up for the "disrespect," surely unintended and unwanted, by heaping encomiums on the departed mayor, from more-than-a-minute silent prayer to calling him "my partner and friend" and "our father." Submitting to vaccination is a tribute to Edgardo, the new mayor told the employees, an act that cannot be less gratifying than receiving a year-end bonus for it.

Mayor Mike again said Monday he would not "rock the boat" BUT, a big but, there would be a one-month evaluation of each employee prior to the January 22 renewal of contracts for casual and job-order employees, which are a lot more than City Hall's regular workers. The total number of the City Government's work force is 9,000 plus, most if not all of whom are Cebu City voters. In next May's elections, the mayor, the vice mayor and a number of Barug members will seek election or reelection.

The other Monday, November 15, also at a flag ceremony, then acting mayor Rama ticked off the list of Barug candidates, capped with the admonition not to drop anyone from the list and the warning of "Do not test me."

The other tension: within Barug

Another source of tension, if not open conflict, at City Hall is that a number of Mike Rama supporters want to wrest power from Labella supporters. The sentiment is expressed in a social media comment, thus: "Kami na sab. Kamo lang gihapon?" And more belligerently: "Oy ungo, kanus-a ka mo-resign?"

Mayor Mike said he has a management group that will help him run City Hall. Meaning, those who were trusted and appointed by Labella to key positions, from city administrator down, may no longer call the shots. Which would make them an unused workforce -- and potential source of friction -- between now and June 30.

But Rama said he won't "rock the boat." That is, until after the election. He has to win it if he wants to keep his post after June 30.

Joy Pesquera, former Cebu City councilor and one of Barug's candidates for councilor in the south district, was among those introduced by Mayor Rama in Monday's flag ceremony. He called her "incoming councilor."

She has been nominated by Partido Barug to fill the vacancy created by the promotion of Councilor Hontiveros to the post of vice mayor, created in turn by then vice mayor Rama who moved to the position of mayor upon Labella's death. Hontiveros ran and won in 2019 under PDP-Laban whose local party was Barug. Barug will submit Pesquera's nomination, with the signature of PDP-Laban's top official and other papers, to the DILG regional director who'll send it to the DILG secretary, who will in turn forward it to the Office of the President.

Under the law, the executive secretary, for the president, will appoint Pesquera.

As a matter of course, Pesquera will serve the unexpired portion of Hontiveros's term as councilor, until June 30, but will start the service only upon her appointment. Mayor Mike in introducing Joy qualified it with "barring (any unforeseen) circumstances."

The murder of Christine Silawan, a 16-year-old high school student in Lapu-Lapu City, two years ago, on March 10, 2019, a sensational crime that gained international attention, is the subject of at least two crime podcasts: one in "Stories after Dark" in 2019; the other, in "Lagim," last July 30 but just recently made more accessible in Spotify.

The version of "Lagim," which brings stories of crimes from the Philippines version is more comprehensive and analytical, while "Stories After Dark," described as "independent, all-Filipino podcast," limited itself to news reports in archives.

Of interest to Cebuanos is that it took up at length the strategy of Atty. Vincent Isles, lawyer for the minor who was the first suspect detained after the killing. Christine Abrigana, a Filipino-German who was podcast host, described Isles as "a fierce lawyer," agreeing a number of times with his arguments against the theory of police and NBI.

Abrigana pointed out the differences in approach and results of the police and NBI parallel investigations, which she said should've been corrected by their respective leaders. She said justice was not achieved as no one was convicted of the crime. The self-confessed killer, Renato Llenes, was found dead by hanging inside the jail toilet. Lapu-Lapu City Prosecutor Ruso Zaragoza said the same thing on May 25, 2020, the day after Llenes's body was discovered. The accused was not convicted and his death extinguished any liability.

Abrigana, who was raised in Davao, tells stories of crime in the Philippines. Her background in law, which she said she studied in United Kingdom, gives the story sharper perspective. She described Atty. Isles as one who loved interviews, which paid off because his participation in the Silawan case is all over in media records of the case. Isles's name was mentioned in Abrigana's podcast more than a dozen times.

And Abrigana was categorical in her view about the police-NBI investigations, particularly the "appalling" lack of coordination by the two agencies, compounded by the Public Attorney's Office autopsy, which contradicted the police finding on whether Silawan was raped. She was not, said police and NBI. She was, said PAO.