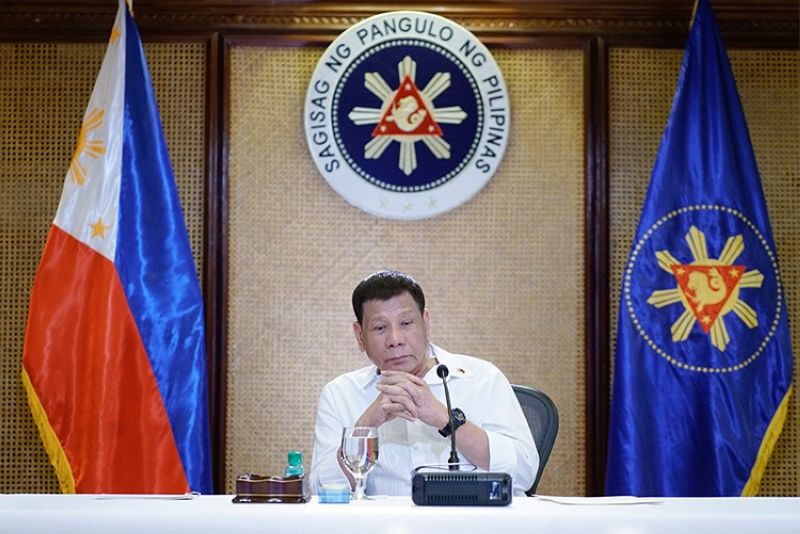 “We abhor the recent event in the Ayungin Shoal and view with grave concern other similar developments,” he said during the Association of Southeast Asian Nations (Asean)-China Special Summit held via video conference.

“This does not speak well of the relations between our nations and our partnership,” he added.

Duterte pointed out that the claims of China over the West Philippine Sea (South China Sea) have already been resolved in favor of the Philippines and that stakeholders should exercise utmost self-restraint, avoid the escalation of tensions and work toward the peaceful resolution of disputes in accordance with international law.

He told China to remain committed to the conclusion of an effective and substantive Code of Conduct in the South China Sea.

“Unclos (United Nations Convention on the Law of the Sea) and the 2016 Arbitral Award provide legal clarity ...pointing us to a just and fair solution to our disputes. We must fully utilize these legal tools to ensure that the South China Sea remains a sea of peace, stability and prosperity,” said Duterte.

“There is simply no other way out of this colossal problem but the rule of law,” he added.

Unclos states that areas which are 200 nautical miles off the territorial sea of a country are automatically part of its exclusive economic zone.

On November 16, three Chinese vessels blocked and water cannoned a Philippine vessel, which was then on its way to deliver supplies to the troops in Ayungin Shoal.

The Philippine vessel was damaged, resulting in the troops aborting the mission.

The National Government earlier insisted that the Ayungin Shoal is within the country’s territorial waters.

Chinese ‘will no longer interfere’ in PH resupply mission

In a statement, the European Union (EU) expressed “strong opposition” to China's actions, noting that it endangers peace, security and stability in the region and the international rules-based order.

It recalled the arbitration award rendered under Unclos on July 12, 2016, which found that Second Thomas Shoal lies within the Philippines’ exclusive economic zone and continental shelf.

The Permanent Court of Arbitration in The Hague, Netherlands ruled in favor of the Philippines and invalidated China’s claims within the sea areas falling within the nine-dash line, which is over 90 percent of the territory.

It also affirmed the traditional and legitimate fishing rights of Filipino fishermen in the area.

“Furthermore, the European Union emphasizes the importance for all parties to respect freedom of navigation and overflight in the South China Sea,” it said.

“The European Union supports the Asean-led process towards a Code of Conduct in the South China Sea, which should be effective, substantive and legally binding, and not prejudice the interests of third parties,” it added.

The EU urged all parties to resolve disputes through peaceful means. (SunStar Philippines)