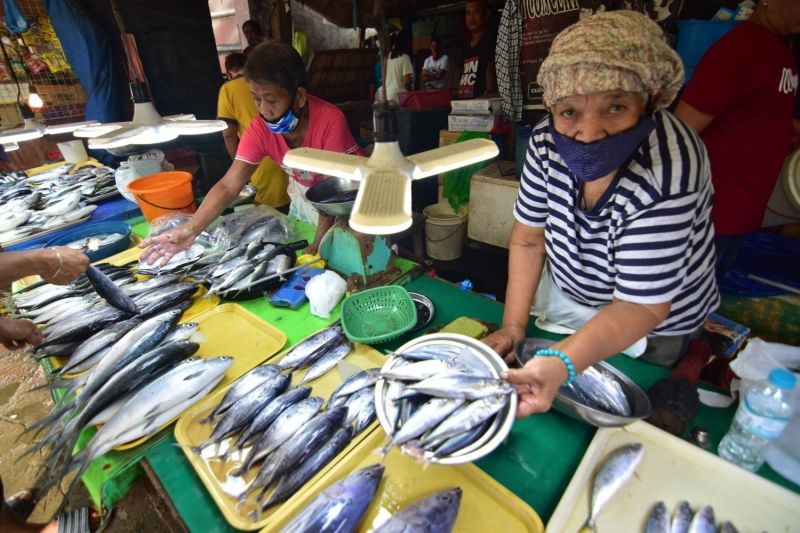 PRICES of round scad (galunggong), dubbed as the poor man’s fish, have barely moved and remained high even if the government has imported double the supply gap needed by the market due to the closed fishing season.

Former Bureau of Fisheries and Aquatic Resources (BFAR) director Asis Perez and convenor of the Food security advocacy group Tugon Kabuhayan said the decision of the Department of Agriculture (DA) to import some 60,000 metric tons of fish, such as galunggong, is already being felt by the local aquaculture sector.

The supply gap for the three-month closed fishing season in various fishing grounds in the country is only at 30,000 MT which means that this should only be the volume to be imported according to the National Fisheries and Aquatic Resources Management Council and Navotas Fishing Operators.

“Unnecessary importation is affecting the local fishing sector and prices are not going down right now,” Perez said.

Latest market monitoring of the DA showed that the price of galunggong has been stuck at the P200 per kilogram level. Some markets are even selling at a high of P240 a kilo.

Over the past months, the price of fish was one of the factors that drove up the country’s inflation. This was also due to expensive crude oil prices that impacted transport costs, as well as inclement weather that has forced up prices for fish.

The tight supply of fish right now is also due to the ongoing closed fishing season in some spawning grounds including Palawan, Visayan Sea and Zamboanga by next month.

Adding to the supply problem are the reports of restrictions brought upon the local fishermen who fish in the contested waters of the West Philippine Sea. It can be recalled that Bigkis ng Mangingisda, an advocacy group of fishermen, stated that “Chinese vessels continued to block them from fishing in the area despite the landmark Hague ruling that invalidated China’s nine-dash line claim.”

Meanwhile, the Philippine Statistics Authority stated that the Philippines imported 22, 125,977 kilos of blue mackerel scad (galunggong) from China last year, which comprises 49.79 percent of our total galunggong imports for the whole of 2020. (PR)