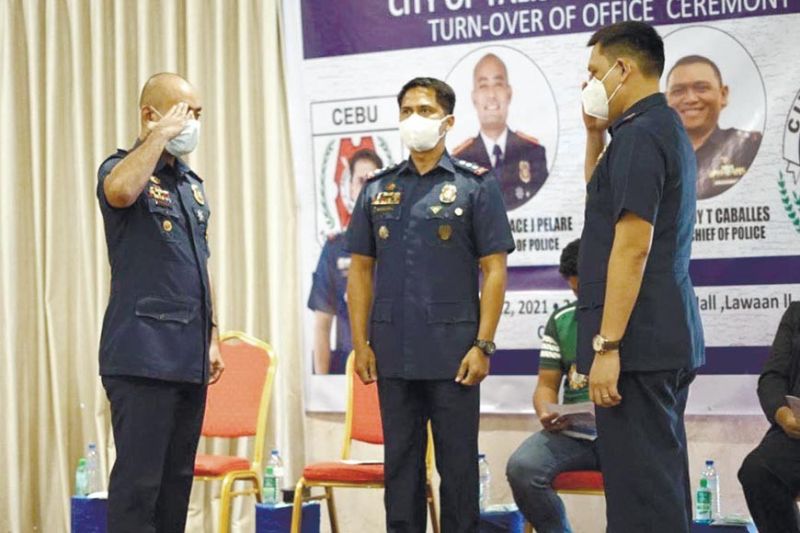 Caballes formally received his new command during a turnover ceremony held at the Talisay City Hall on Monday.

Caballes was the chief of the Cebu City Police Office’s Drug Enforcement Unit before he was assigned to Talisay City.

Pelare will be transferred to Camp Crame, the Philippine National Police (PNP) headquarters in Metro Manila. He received his appointment papers on Nov. 18.

For his part, Caballes vowed to continue Pelare’s work, which included improving the police’s relationships with the community and campaign against crimes.

Caballes said for now, he will focus his attention on beefing up Talisay City’s security for the incoming Christmas and New Year holidays.

In a statement, Gullas thanked Pelare for his work and his dedication to cleaning up Talisay City.

To surprise Pelare, members of the Talisay City Council and Gullas presented him with a resolution declaring him as an “adopted son” of the city.

“We wish you luck in your journey towards career improvement, Lt. Col. Pelare. We can assure you that the City of Talisay will always be your second home,” Gullas said.
< Previous PageNext Page >