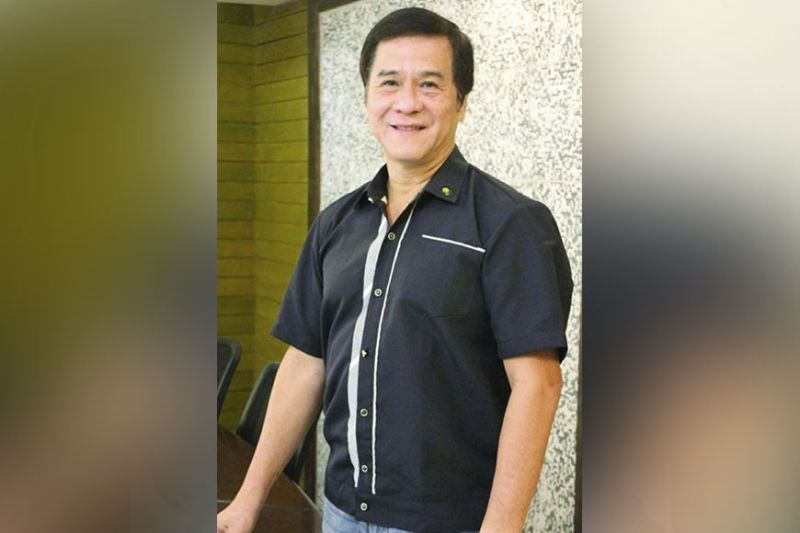 NEWLY APPOINTED. Department of Agriculture (DA) Central Visayas director Salvador Diputado was officially appointed DA Assistant Secretary on Nov. 2, 2021. His new role will involve overseeing the projects and programs of the DA in Regions 6, 7 and 8. / CONTRIBUTED

DEPARTMENT of Agriculture (DA) Central Visayas director Salvador Diputado is embarking on a new role as the new DA Assistant Secretary for the Visayas.

Diputado, who was officially appointed Assistant Secretary on Nov. 2, 2021, will now oversee the projects and programs of the department not only in Region 7 (Central Visayas) but also in Regions 6 (Western Visayas) and 8 (Eastern Visayas).

“Our main role is to be the oversight coordinator over the three regions and because we are based in Cebu, basically, our influence is stronger here in the Visayas. It’s more like I oversee the performance of the three regions and then our projects will be continued and sustained,” he told SunStar Cebu.

Diputado was instrumental in securing a Deed of Usufruct with Cebu Gov. Gwendolyn Garcia for a 6,000-square-meter area on the M. Velez provincial lot for the DA Central Visayas Regional Office Building worth P80 million, that will be ready for occupancy by early 2022.

He implemented the DA-LGU harmonization conference of the Central Visayas local government unit (LGU) bringing a harmonized plan of all LGUs for the development of the agriculture sector in the region.

Diputado also established a ONE-DA LGU engagement which enabled all the DA-attached agencies to be one in the provision of assistance to the LGUs and other clients. This happened even prior to the implementation of one of the ONE-DA strategies nationwide under Secretary William Dar.

He also expanded the ONE-DA strategy in Central Visayas to include other government agencies like the Department of Agrarian Reform, Department of Environment and Natural Resources, Technical Education and Skills Development Authority and Department of Education, among others.

He was vital for the region being the recipient of the truck-mounted drilling rig worth P20 million (with geo-resistivity equipment and other accessories) for DA Central Visayas to be used in the four provinces of the region to address water scarcity.

The equipment is now in the Ubay Stock Farm for the initial drilling operation in Bohol province.

In partnership with the provincial governments of the four provinces in Central Visayas, DA Central Visayas under Diputado’s leadership managed to implement biosecurity measures that kept the region African swine fever (ASF)-free since the outbreak of ASF over the past years.

Diputado also established partnerships/sponsorships with the private sector for the promotion and improvement of DA’s projects like Globe Telecom for the provision of an initial 20 home prepaid wifi units free-of-charge for digital agriculture, and with celebrity Richard Yap to promote urban agriculture (free of charge).

He also managed to convince the private hog raisers in Central Visayas to send live pigs to Metro Manila at the height of dwindling supply of pork in Metro Manila due to ASF.

Central Visayas had sent almost 5,000 heads of live pigs in the metro until June 2021 with DA Central Visayas subsidizing the transport cost of these pigs at P15 per kilo.

During the pandemic, DA Central Visayas also distributed vegetable seeds and other planting materials for the people under quarantine to engage in home gardening and continue to implement the mobile “Kadiwa” to sustain the supply of food in the quarantine areas. (SPONSORED CONTENT)