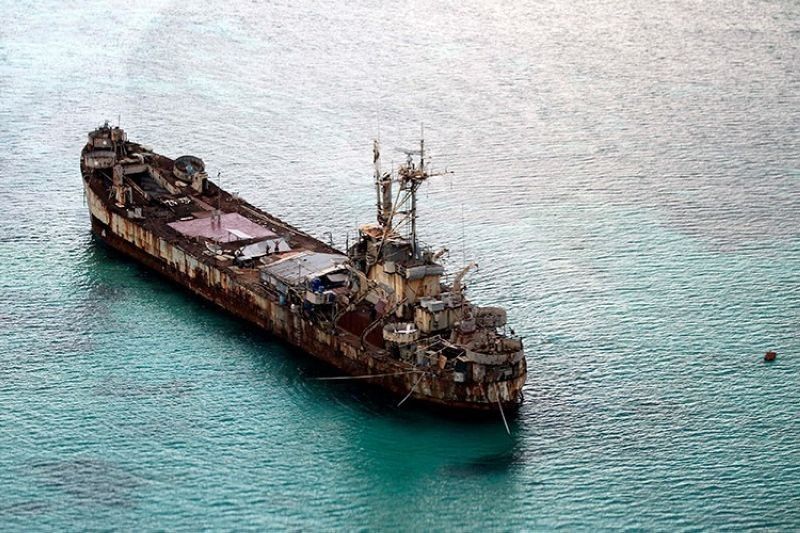 MANILA. This areral photo taken through a glass window of a military plane shows the dilapidated Sierra Madre ship of the Philippine Navy anchored near Ayungin Shoal with Filipino soldiers onboard to secure perimeter in the Spratly Islands in the South China Sea on May 11, 2015. (AP)

On November 16, three Chinese vessels blocked and water cannoned a Philippine vessel while it was on its way to deliver supplies to the troops in Ayungin Shoal.

The Philippine vessel was damaged, resulting in the troops aborting the mission.

READ: Chinese ‘will no longer interfere’ in PH resupply mission

President Rodrigo Duterte said during the Association of Southeast Asian Nations (Asean)-China Special Summit, which was attended by Chinese President Xi Jinping, that the government abhors the incident, stressing “it does not speak well of the relations” between the two countries.

He maintained that the disputes involving the West Philippine Sea have already been resolved in favor of the Philippines and that stakeholders should exercise utmost self-restraint, avoid the escalation of tensions and work toward the peaceful resolution of disputes in accordance with international law. (SunStar Philippines)